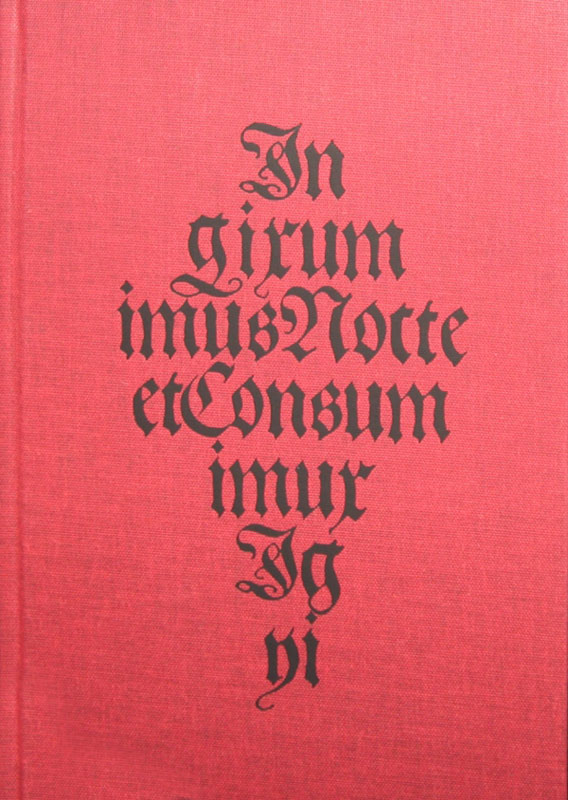 Diabolical continues on from where Scarlet Imprint’s previous compilation of grimoire-related writings, Howlings, left off, but with the subject matter taking, as the title indicates, a decidedly darker twist. Twice the size of Howlings, this volume features contributions from, amongst others, Jake Stratton-Kent, Stafford Stone, Thomas Karlsson, Donald Tyson, Kyle Fite, and Johnny Jakobsson, and as with most compendiums, there’s a combination here of the good, the bad and the ugly.

In many ways, the study of grimoires is a celebration of books themselves and John J Coughlin’s The Binding of Black Venus is a delightful, albeit regrettably short, read that gives an insight into the process of book binding as a talismanic process. Coughlin’s paean to the printed word, of that thrill that arises when coming across a new arcane volume, will resonate with any bibliophile and a similar theme is mined in greater depth by Kyle Fite. In Orisons of the Oblique, Fite surveys and celebrates the modern creation of grimoires, highlighting the problem that is inherent in the genre, where pretenders to the throne of Philosopher Kings, as he calls them, create less than satisfying tomes, while others will actually grasp something numinous. With occult publications, the reader needs to differentiate between authentic works that reflect a genuine inspired praxis and those that with all their sigils, obfuscation for the sake of obfuscation, and purple prose are the result of self-deception at best. The pull of having some sigil-embossed tome with your name on it, shot through with breathless claims of ancient traditions and veiled mysteries, seems a strong one. Despite the quality of Scarlet Imprint, this same distinction can be made with the contributors to this volume. There are academic considerations that are well written and thoroughly referenced, and then there are laughable ones that seem one step removed from the scrawlings of teenage diabolists. Maybe it’s just me, but an elaborate procedure for making a pact with “The Devil” and one for a ritual of self-sacrifice comes across as silly, all the more so when you realise that despite all the authoritative and turgid tenebrous talk, it’s ultimately theoretical because you know the author has never done it.

Lengthy essays dominate Diabolical, with varying degrees of success. In Hidden Treasure: Taufer Books of Old Europe, Erik de Pauw looks at the various magickal books that straddle the line between grimoire and folk magic, but he lacks focus in his writing and infuriates with his casual turns of phrase. It’s quite jarring to be told “yes, you read that right” or asked “you’re not a witch, are you?” The longest piece in Diabolical is provided by Johnny Jakobsson with Le Grand Grimoire: Pacta Conventa Daemoniorum, in which he thoroughly analyses the Grand Grimoire/ Le Veritable Dragon Rogue and its invokations and spirits, including notes on textual variants between different editions. Unlike his contribution to Clavis One, Jakobsson hasn’t borrowed Kenneth Grant’s dictionary and instead writes clearly and eruditely, although at 44 pages, the obsessive attention to detail begins to tire. Donald Tyson’s lengthy Dimensional Gateways is a far reaching discussion of otherworlds (everything from the sephira to the realms of faery) and more specifically to the gateways between them. Tyson’s writing is a joy to read and he brings together various cultural and literary threads with a deft, knowledgeable hand.

Several of Diabolical’s contributions consider encounters with specific demons. Jake Stratton-Kent gives a personal account of dealing with the Grimorium Verum spirit Nebiros, giving enough detail to provide fairly thorough Thelema-infused ritual instructions. Mark Smith’s demon of choice is Belial, Humberto Maggi’s is Phenex, while Krzystof Azarewicz considers Bartzabel from a personal as well as historical context (famously invoked by Crowley in 1910 and then later by Jack Parsons, who sent him off in pursuit of Ron Hubbard). While these pieces deal with the potentially ludicrous invoking of supernatural entities, the material is refreshingly presented in a rather matter-of-fact way, with none of the fanciful boasting or hyperbole that lesser writers might succumb to. For whatever reason, this contrasts strongly, to the ultimate benefit of this volume, with the previously mentioned guide to chatting with The Devil.

Most of the grimoires that are referenced in Diabolical are the classics of goetic magick, but one contemporary volume is Andrew Chumbley’s Qutub. Already considered by Jack Macbeth in Howlings, this time it’s the turn of Mark Smith. As with Macbeth’s review, this is very much a personal reflection, describing the power that Chumbley’s slight work has and detailing how Smith uses the text in an annual ritual. Another parallel with Howlings is provided by Stafford Stone who once again contributes some full colour plates of his Nightside Tarot (Shalicu and Characith, for those keeping count, as well as Ace of Serpents and Two of Stones). Other art plates come from Johnny Jakobsson, Thomas Karlsson, and Kyle Fite; all acting as visual accompaniment to their written contributions. 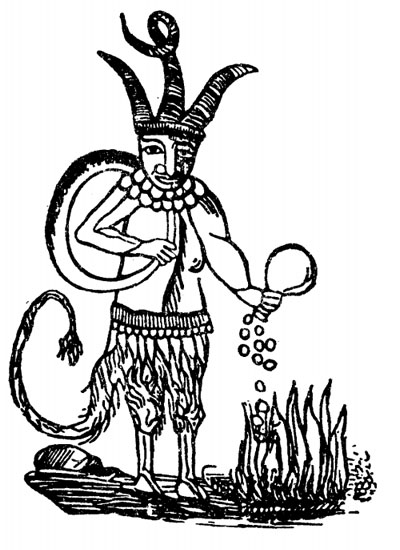 Diabolical is not short on practical advice, and in addition to the procedures that can be gleaned from some of the previously discussed accounts, there is Aaron Leitch’s quite invaluable consideration of Abramelin magic and in particular the use of magic squares from that system. Thomas Karlsson’s contribution is a brief guide to creating a Saturnian ritual, with a comprehensive list of correspondences.

In all, Diabolical is a valuable work. There are some less than successful pieces but these are overshadowed by a stable of competent and in some cases, dazzling, writers. Bound in red cloth, and beautifully formatted with wide margins and a lovely serif typeface, this edition is limited to 999 exemplars. A fine bound edition of quarter black goat, marbled boards, consecrated host, gilded edges, and slipcase is, of course, long sold out.