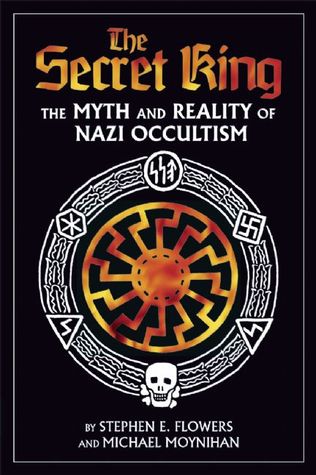 Initially released jointly by Dominion and Runa-Raven presses in 2001 as The Secret King: Karl Maria Wiligut, Himmler’s Lord of the Runes, this 2007 Feral House incarnation of the book sees the original text revised and expanded. While Stephen Flowers and Michael Moynihan share author credits on the cover, the latter explains in his introduction that the two writers played to their strengths, with much of the translation by Flowers, whilst the editing was by Moynihan.

The Secret King brings together various translated works by Karl Willigut, the self-styled king of Germany of the title, prefaced by an essay on the fiction and reality of Nazi occultism, from which the new subtitle is taken. Said subtitle sits rather awkwardly with the majority of the content of the book, feeling disproportionate in its prominence and incongruous to the main title; with the original and Wiligut-specific subtitle being a more accurate option.

The opening discussion on the idea of Nazi occultism is written with a slightly terse and withering tone that does, however, tire easily. It rightly dismisses so much of the baseless speculation that has accrued over the years to the point of almost becoming, at least on a subconscious level, fact; see how easily the image of an Occult Reich seeps into pop culture, whether it be the first Indiana Jones movie, Mike Mignola’s Hellboy or the Wolfenstein video games. The authors place much of the initial blame for the idea of Nazi occultism on war-time propaganda, perhaps not as an all-pervasive theme but one which still had an impact in casting Nazi Germany as evil, godless Satanists; such as in Lewis Spence’s none-too-subtle 1940 screed The Occult Causes of the Present War, which sounds like a lot of fun. Such views, Flowers and Moynihan argue, were retooled to give the Allies the higher moral ground in their “crusade against evil,” when in reality, the authors again argue, this crusade was actually against the economic idea of National Socialism, due to its financial isolationism and opposition to usury; though presumably aggressive German expansionism and the invasion of Poland may have had something to do with it too, I guess not.

After detailing the misconceptions and embellishments concerning the role of the occult in Nazi Germany, and the perpetuation of some of these themes in the works of later sympathetic writers like Savitri Devi and Miguel Serrano, Flowers and Moynihan turn to the reality. In this telling, these are slim occult pickings and so it’s no The Morning of the Magicians, and you won’t find much in the way of speculation about Thule-Gesellschaft, the Vril Society, or even the slightly more pragmatic Ahnenerbe. Instead, the focus here is solely on Austrian occultist and SS-Brigadeführer, Karl Maria Wiligut. This is a relatively brief introduction to Wiligut, running to 26 heavily illustrated pages, but it does provide a fairly thorough introduction to his life, with some obvious gaps, such is the slip of myth he himself wove, along with a passing overview of the mythos and system he created. Said mythos and system were obviously indebted to the German ariosophists and runologists who preceded him, notably Guiodo von List and Jörg Lanz von Liebenfels, as well as Siegfried Kummer and Peryt Shou. 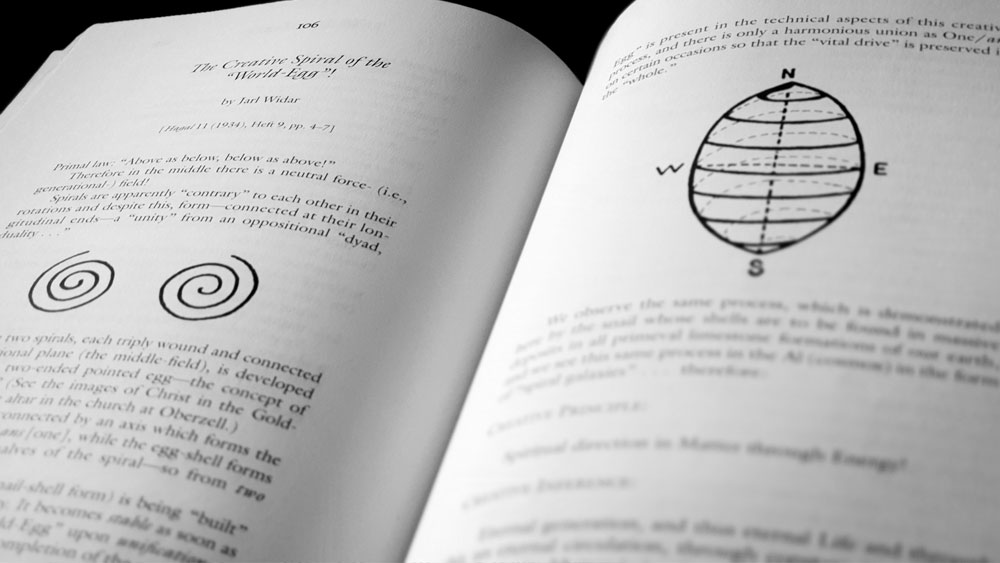 Like those predecessors, particularly Kummer and Shou, Wiligut straddled that strange divided between heathenism and Christianity, seeking to merge the two in an attempt, as had been done for centuries before, to forge a particularly Germanic version of Judaeo-Christianity. This leads to a notably pagan-free system, with Wotan effectively dismissed as at best a circumlocution of this more nebulous yet omniscient and all-embracing concept of Got; and with Wotanism as a later ouster of this ur-religion of Got. Indeed, there’s very little that feels obviously heathen in this monotheistic figure of Got, who acts more like a Hermetic or Qabbalistic pantokrator or demiurge, a triad of energy, spirit and matter, with Wiligut aligning them with a belief system, extant amongst the Germanic people since time immemorial, akin to perennial wisdom. Contrary to any evidence, Wiligut categorically states that this “noble knowledge of Gotos” was the treasure of the Germanics, and that they never had ‘Gods’ as they did in Rome.

Betraying the seemingly unavoidable influence of Theosophy, Wiligut’s oeuvre also embraces the idea of Atlantis and vast primordial epochs of human history, with a cosmology and account of creation that follows some of those familiar beats, but with a Germanic twist that incorporates names from mythology as well as the kind of semi-scientific speculation of Hanns Hörbiger or Viktor Schauberger. As one might expect, there’s no references to Blatvatsky and instead, credit for this metaphysical history of the world is attributed to a secret 10,000 year Wiligut family tradition. This Irminsaga, as Wiligut called it, was recorded in script and images on seven wooden tablets of oak, which, not surprisingly, and somewhat conveniently, are now lost, having perished in a fire in 1848. As a result, the junior Wiligut received the family tradition entirely orally from his similarly-named uncle, whose own statute of limitations had fortuitously ran well out as well, as he had died in 1883. 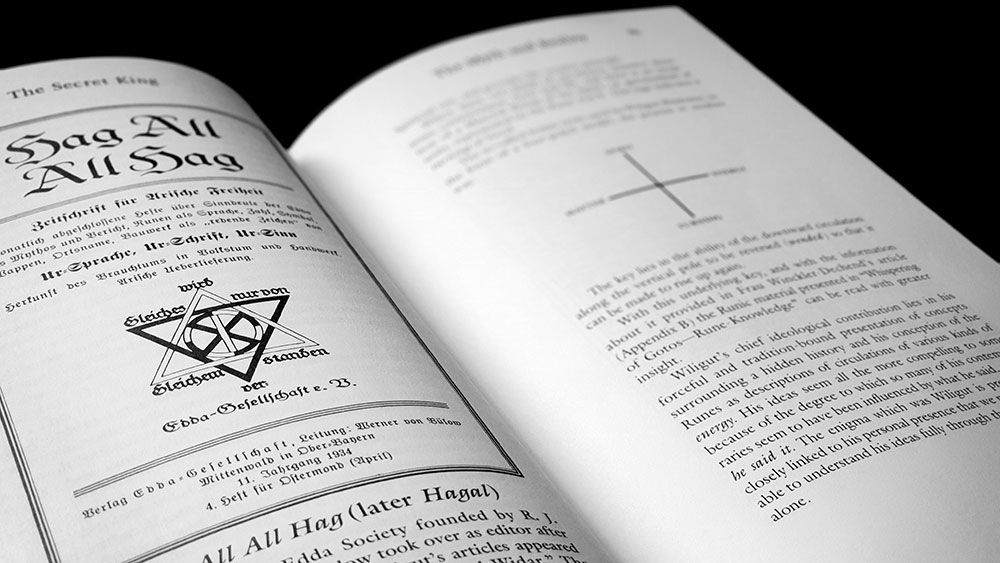 The various examples of Wiligut’s writings are drawn principally from Hag All All Hag/Hagal, the journal of the Edda Society, to which he contributed under the pseudonym Jarl Widar. In a style familiar for the time and in later occult speculation, these often provide short outlines of metaphysical concepts, aided by runes and other symbols that are meant to illustrate these principles. There’s much talk of energy and matter, consciousness and becoming, and naturally a lot of talk about Got, wisdom and the Germanic folk. These are for the most part presented without much in the way of commentary and analysis, standing alone as a verbatim recording of Wiligut’s work.

Wiligut’s more poetic contributions are translated by Moynihan in what is acknowledged as a literal rather than lyrical manner, meaning that, sheared of the rhyming couplets of the original German, there’s little sense of the poetic here and the words come across as often abrupt stentorian declarations. These are presented in a small Fraktur-style typeface for a bit of atmosphere and in keeping with how they originally appeared in print. 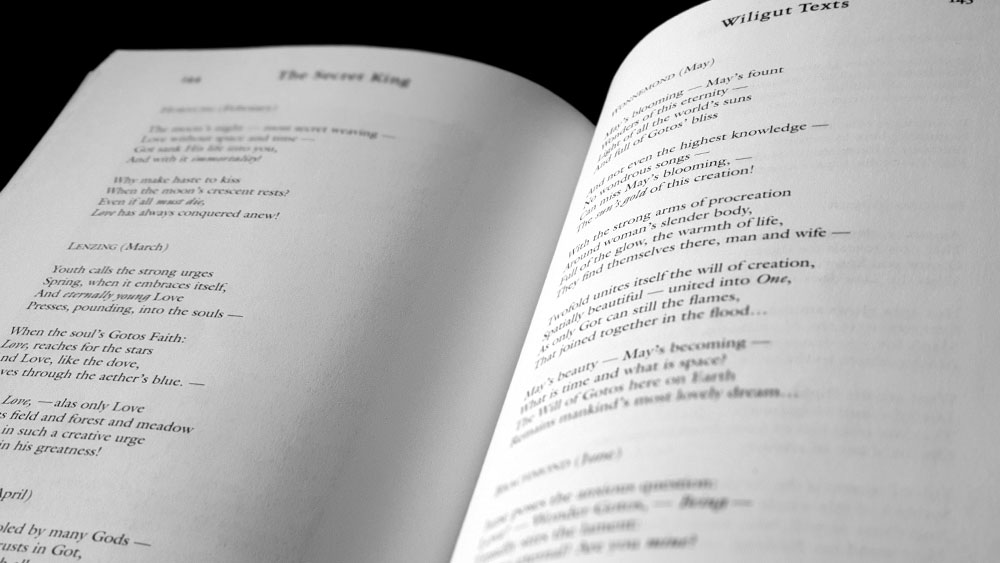 Perhaps the most familiar of Wiligut’s writing is his Gotos-Kalanda cycle of poems celebrating the twelve months of the year. Originally privately published in 1937 as a small booklet by Wiligut and distributed to friends, Gotos-Kalanda has only appeared once before in English, translated by Moynihan, Markus Wolff and Gerhard Petak and published by the latter’s Aorta imprint in 1992. Petak would also use Gotos-Kalanda in 1995 as the basis for the similarly-titled second album of his ritual-industrial project Allerseelen, with each of its twelve tracks named after one of the months and using the poems as inspiration. As its name suggests, and despite the use of pagan names for some of the months, Wiligut’s Gotos-Kalanda is a celebration of his cosmology of Got, with the poems marking out the year as a calendrical round, a waxing and waning of Got in his various seasonal aspects and areas of influence. As such, it provides a rather concise synopsis of Wiligut’s conception of Got and a comprehensive liturgy from which anyone so inclined could draw. 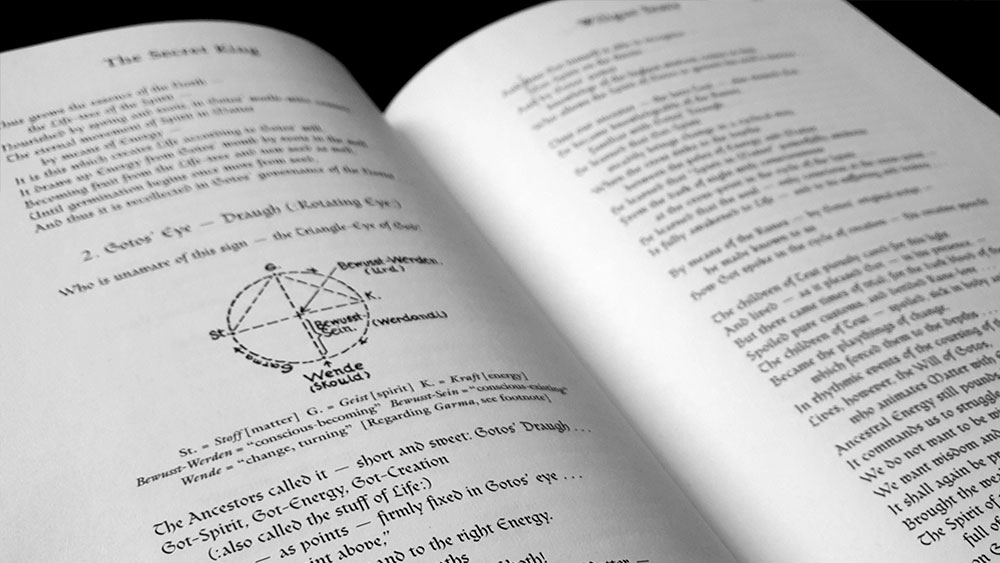 The Secret King concludes with a series of appendices, five in all. The longest of these is a substantial interview by Manfred Lenz of the industrial project Turbund Sturmwerk with Wiligut’s former secretary, Gabriele Dechend. Dechend is also the source of another of the appendices, a Wiligut-style description of the cosmos from a 1935 issue of Hagal, all energy-matter-spirit speculation with de rigueur metaphysical symbols and diagrams.

As with the works of earlier members of Germany’s runic revival, there’s an interesting quality to the work presented here, but one which feels unmoored from reality and relevance. There’s little that anyone with pagan inclinations can draw from it, though for those who are prepared to take the leap, there’s a feeling of a complete system and cosmology lurking here, glamorously shored up with Wiligut’s assertions of an ancient family tradition.