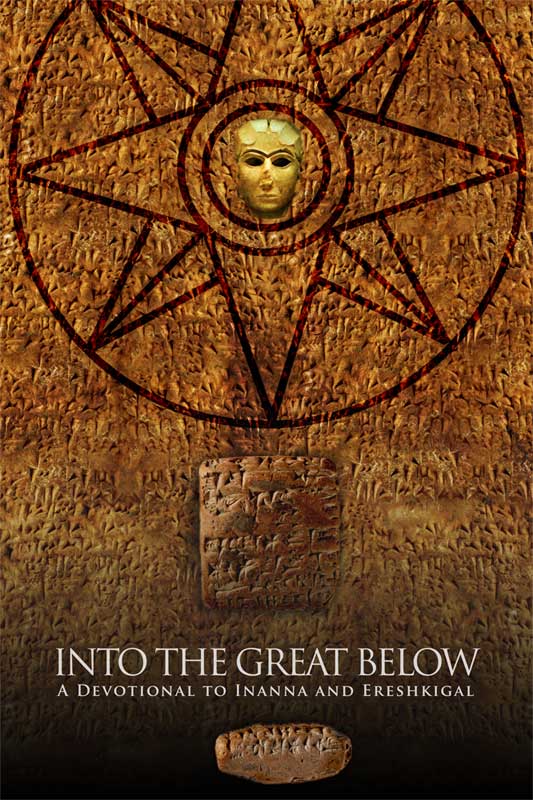 It’s full disclosure time yet again: I created the cover art for this devotional from Asphodel Press, and also contributed some internal illustrations. So, as ever, proceed with due caution as we venture into the world of potential bias and nepotism. With its eyes turned towards Mesopotamia, Into the Great Below is a change of theme for Asphodel Press and its usual, albeit by no means exclusive, focus on the Northern Tradition; although the names of many of the contributors, including that of editor Galina Krasskova, will be familiar from other Asphodel works. This is addressed in Krasskova’s foreword in which she identifies herself as Heathen but details her early magical history in the Fellowship of Isis where a mentor’s devotion to Inanna had a lasting influence on her ritual and devotional practice. This book, then, is considered by Krasskova to be the beginning of a repayment to Inanna, and to her sister, Ereshkigal.

Into the Great Below is divided into three sections: devotions to Inanna and Ereshkigal, a collection of rituals for both goddesses, and prayers to other Sumerian deities. Rebecca Buchanan provides the lion share of the prayers to Inanna and Ereshkigal, with short little vignettes addressing various aspects of both goddesses. Her work is joined by contributions from Elizabeth Vongvisith, Raven Kaldera, and others. Perhaps the strongest piece from this section is provided by the enigmatically anonymous J.D. with Katabasis, in which they detail an initiatory journey into the underworld, mirroring Inanna’s descent through seven dismembering tiers, before being remade and reborn by Ereshkigal. These themes of initiation and dismemberment naturally feature strongly in much of the material here, with devotees addressing Ereshkigal in particular as an initiatrix and spirit of transformation. Janet Munin, for example, takes the phrase “naked and bowed low” from The Descent of Inanna and slightly tweaks the interpretation of it, making it indicative of an act of humility and grace, rather than the result of being tortured and broken by the process of the underworld descent. 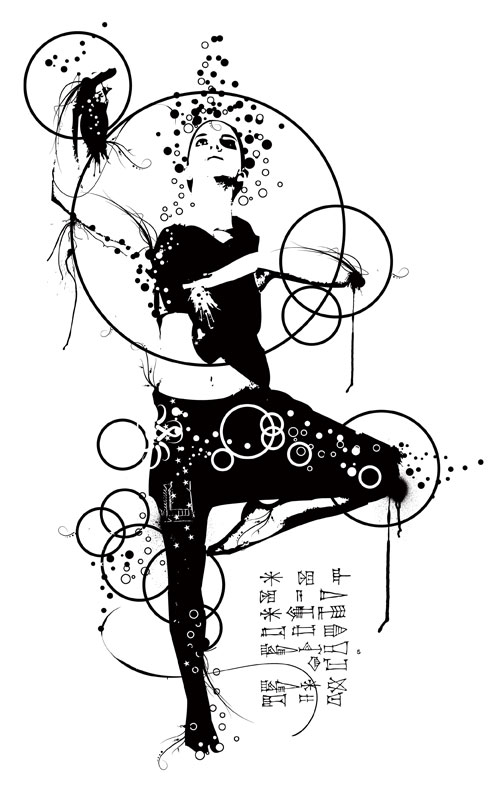 The second selection of prayers addresses deities from across the Sumerian pantheon, with the chance for the attention to shift in several cases to the male of the species. Lee Harrington has a poem to each of Ereshkigal’s husbands: first with a call to Gugulanna, the bull of heaven, and then with a song addressed to Ereshkigal but sung by her second husband, Nergal. A similar approach is taken by Raven Kaldera in Neti, where the poem is directed towards Ereshkigal in the voice of her titular servant and gatekeeper. Amongst the goddesses, Kaldera celebrates the warrior Ninshubur, while Elizabeth Vongvisith and Anya Kless both explore the intersection of Sumerian and Judaism with paeans to Lilith. Tiamat also receives some attention with poems from Dee Bellwether, Kira R. and an anonymous invocation previously published in Asphodel’s Pagan Book of Hours. Bellwether’s For Tiamatu is particular striking with its stark iteration of occasionally alliterative words celebrating Tiamat as an almost anti-cosmic Queen of Unmaking.

The final section of Into the Great Below features a relatively weighty five rituals for Inanna and Ereshkigal. Krasskova’s Dark Moon Rite of Ereshkigal is a lengthy, invocatory-heavy ritual that begins with quaternary calls, a call to the centre, and then an invocation to Ereshkigal herself. This is followed by an oracular portion and sequences involving a construction of a ritual box. Krasskova’s liturgy is well written, picturesque and evocative in its use of language; a quality that occurs in another of her rituals included here, The Sharing of the Me – a Ritual to the Goddess Inanna. Another lengthy rite is Kaldera’s The Descent of Inanna, which is exactly that, a ritual staging of the descent from the Enuma Elish in a mystery play read by two narrators. 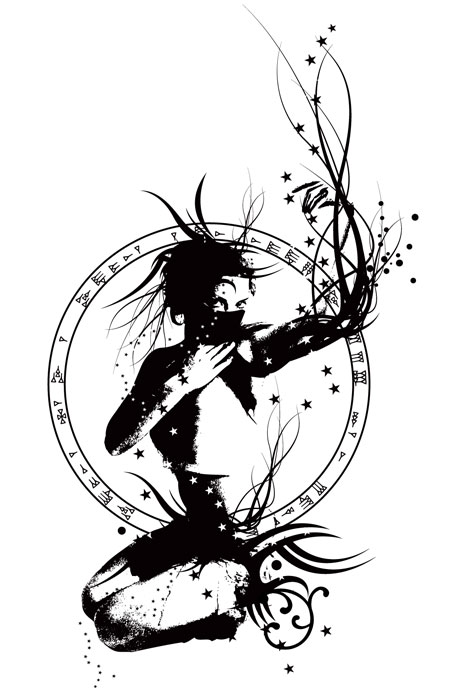 Unlike some devotionals from Asphodel, in which essays are combined with rituals and poetry, the content of Into the Great Below has a focus on the poetic, with nothing in the way of lengthy articles. This is, perhaps, to be expected given the dearth of existing written material on these subjects without wandering into territories of unverified personal gnosis or academic minutiae. Despite the range of contributors, there is a certain similarity of tone and themes, with a feeling that everyone is coming from a similar place in the interpretation of Inanna and Ereshkigal, and the descent narrative in particular. Into the Great Below runs to 125 perfect bound paperback pages, with type set in the usual clean and functional standard of Asphodel publications. Space seems to be the enemy as all empty areas are filled with my illustrations, or an assortment of various, inconsistently rendered, archaeological images.