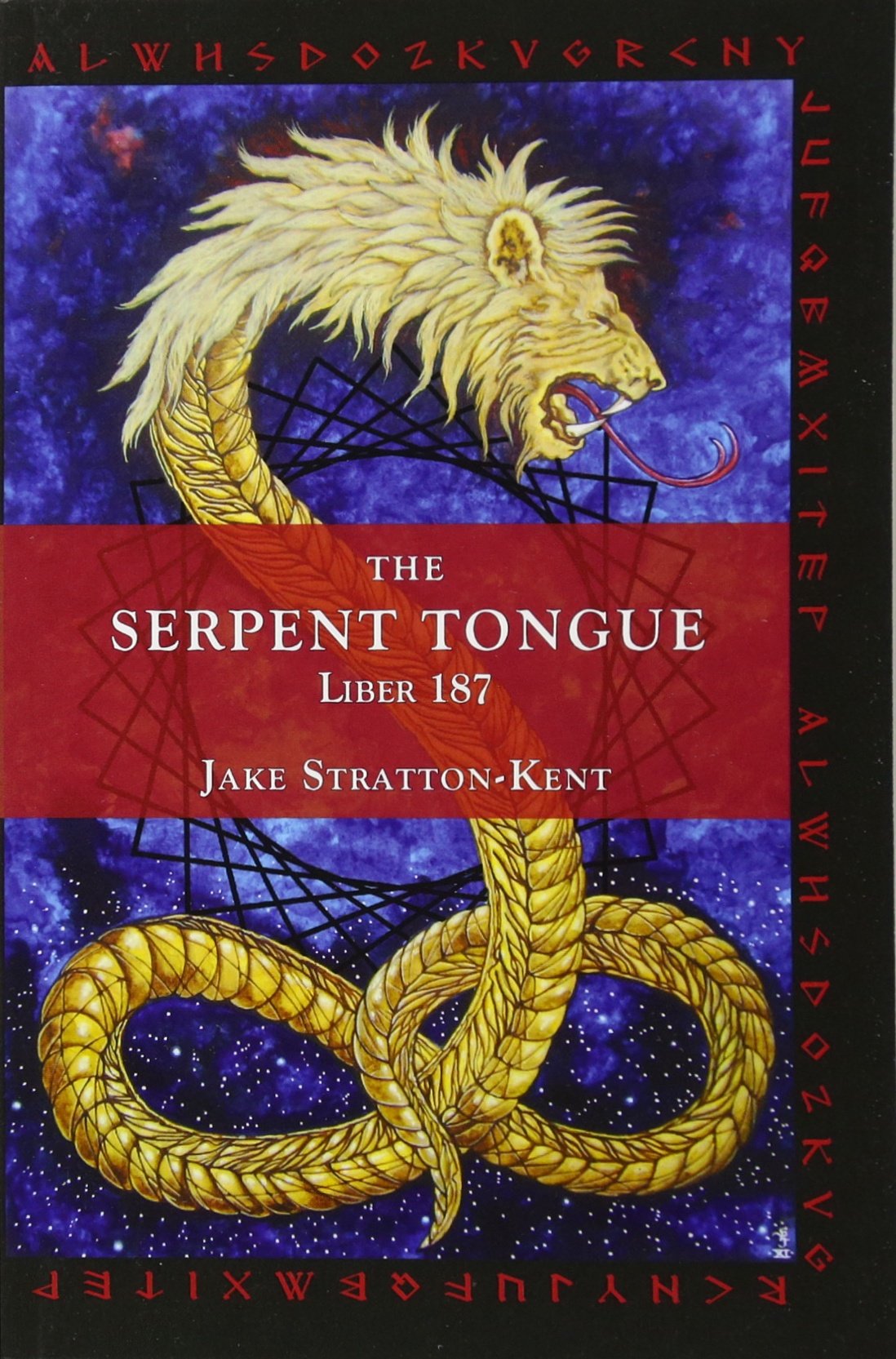 As its subtitle A Workbook of English Qaballa suggests, this compact tome from Jake Stratton-Kent is a work detailing a system of English qabalah, both as a type of gematria and as a hands-on system of magic. By English Qaballa we mean a variation of conventional qabalah but one in which the English letters of the alphabet, rather than Hebrew, are assigned numeric values. Though he is enigmatically low on details, Stratton-Kent describes this system as having been discovered by a here-unnamed magical group in November 1976. The group had previously ritualised their intention to do so and details of theirs discovery were published in five issues of The New Equinox / British Journal of Magick. It provided a fulfilment to the promise made in Liber AL vel legis, verse 2:55: “Thou shalt obtain the order & value of the English Alphabet, thou shalt find new symbols to attribute them unto.”

In this English Qaballa (an idiosyncratic spelling variant chosen at the time because it was otherwise not in use), the gematria doesn’t make use of a direct monoalphabetic substitution cipher, as occurs with the Mispar Hechrachi system in Hebrew. Stratton-Kent notes that this entry-level attempt proved unsatisfactory, and it, along with other dead-ends, were ritually immolated. The successful solution instead used the number 11 as a key, counting on along the alphabet at intervals of eleven and assigning the monoalphabetic substitution to this new order of letters. Thus the value 1 was associated with the letter A, 2 with L, 3 with W and then, cycling through the alphabet again, 4 with H, and so forth until all 24 values were assigned to a unique letter.

For those familiar with Stratton-Kent’s social media presence, it may be of interest to know that he writes with the same, recognisable voice. It is a voice whose tone and manner is somewhat arch and acerbic, not suffering fools gladly, and throwing in words like ‘absurd’ multiple times to refer to opinions he does not share. Conversely, though, there is a certain informality to Stratton-Kent’s tone, a pragmatism that allows him to be upfront about the vagaries and vicissitude of qabalah in particular and occultism in general.

The air of a polemic bordering on the vituperative suffuses the first section of The Serpent Tongue, a lengthy introduction in which Stratton-Kent argues against the pre-eminence given in contemporary occultism to Hebrew, especially as it pertains to qabalah. He contends that qabalah as a system is indebted to the cosmopolitan milieu that preceded its development, in particular the strain of Jewish Gnosticism seen in Merkabah mysticism, within which Greek Neoplatonism was the wielder of the greatest influence. This invective is used to argue against the primacy given to Hebrew in the Western Tradition, and to make the case that, in the words of Umberto Eco, the idea of Hebrew as the primal language from which all others descended is a ‘crusty old myth;’ – a quote that Stratton-Kent appears so enamoured with that he repeats it later.

With the introductory case made for the validity of an English qabalah, part one follows with chapters on various qabalistic qualities of Liber AL, most notably the famous cipher found at II.76: 4 6 3 8 ABK 2 4 ALGMOR 3 Y X 24 89 RPSTOVAL. This underlines Stratton-Kent’s approach here, which is very much grounded in Thelema, with the gematria often being used to proffer evidence of the veracity of Crowley’s transmission, or to at least provide greater insight into its cosmology and symbolism.  Crowley’s oeuvre returns the favour in kind, being used to add the mythos and liturgy from which the English Qaballa can draw its proofs. 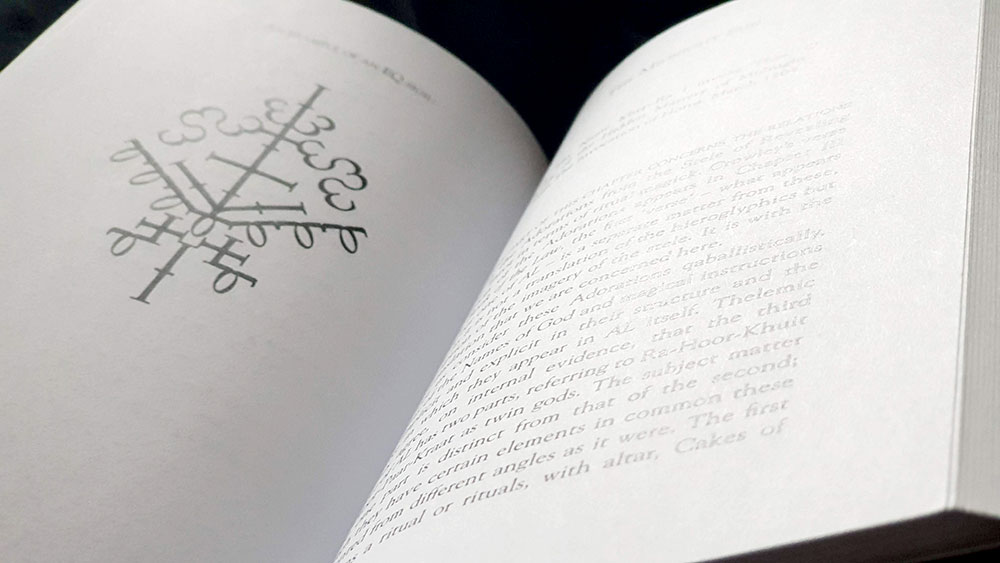 Stratton-Kent provides plenty of ways to work with English Qaballa, not just for gematrial investigations of esoteric themes and motifs, but in practical ritual and sorcery. There’s a consideration of magick squares, but perhaps of the most interest are the various systems he presents for creating barbarous names, magickally encoded language devised with increasing degrees of complexity.

Qabalah and gematria often feel like coding and programming: if you don’t have a particular aptitude for it, it’s all a bit impenetrable, or at the very least intimidating. There’s nothing too byzantine here, but the various permutations of numbers and equations can make your eyes glaze over after a while. Ever the skeptic, I’m never sure what to think of gematria and there’s always that suggestion of confirmation bias. I mean, sure the value of the five vowels in English Qaballa is 73, which is the value of MANTRA, POWER, RUNES, GIANT, all great stuff to be sure, especially the rune power of giants, am I right? But, then, it’s presumably also the value of NURSE and RATMAN and a variety of other less numinous words… so all hail Nurse Ratman, lord of the vowels, I guess?

Despite its small size, and in saying that, it does run to over 200 pages, The Serpent Tongue is a dense work with a rigorous internal consistency and a lot for readers to employ in their practice. Stratton-Kent’s writing is to be commended, keeping it erudite but still frequently informal and irreverent, with occasional splash of snark.