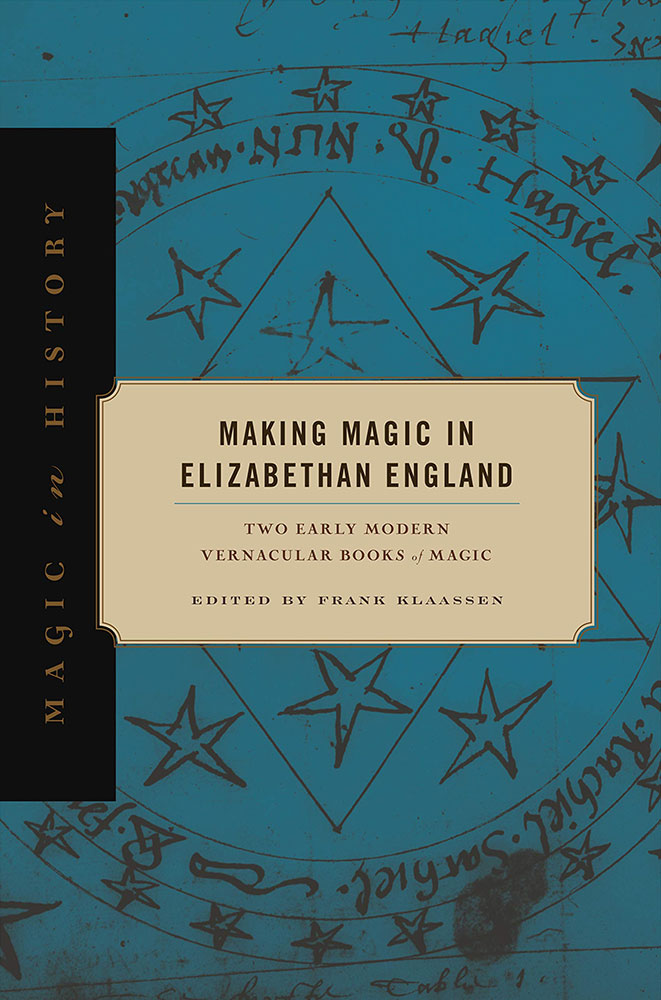 In 2019’s Making Magic in Elizabethan England, Frank Klaassen uses two anonymous manuscripts of magic from Elizabethan England to consider the wider intellectual culture surrounding the practice of magic in the early modern period. He explores how this milieu, in drawing on currents from the Renaissance, the Reformation, and new developments in science, as well as the birth of printing, impacted on the practice of magic, creating an enduring influence on the formation of modern occultism. Though untitled when written, the works are now known as the Antiphoner Notebook and the Boxgrove Manual. The former is concerned with treasure hunting, healing, and protection, and blends medieval conjuring and charm literature with excerpts drawn from Reginald Scot’s Discoverie of Witchcraft. The Boxgrove Manual, meanwhile, is a consideration of ritual magic that synthesises material from and credited to Heinrich Cornelius Agrippa and related medieval works concerning the conjuration of spirits.

Key to the importance attributed to the notebook and the manual is their interstitial status as post-Reformation works. As products of their time, they evince how occultists had to contend with a Catholic legacy in a newly-Protestant England. Up until then, magic had been inherently Catholic in form, employing the religion’s rituals and hagiographic mythologies, not to mention the fundamental idea that divine could be entreated using such systems and drawn into the world. Under Protestantism, these formulae and the very ideas behind them were forbidden, making the occult a doubly illicit practice, both theologically and politically: it was wrong for simply being magic as proscribed against in the bible, but also wrong for retaining elements of, and implying a sympathy for, Catholicism, and with that, a potential vulnerability to the machination of foreign Popish forces. 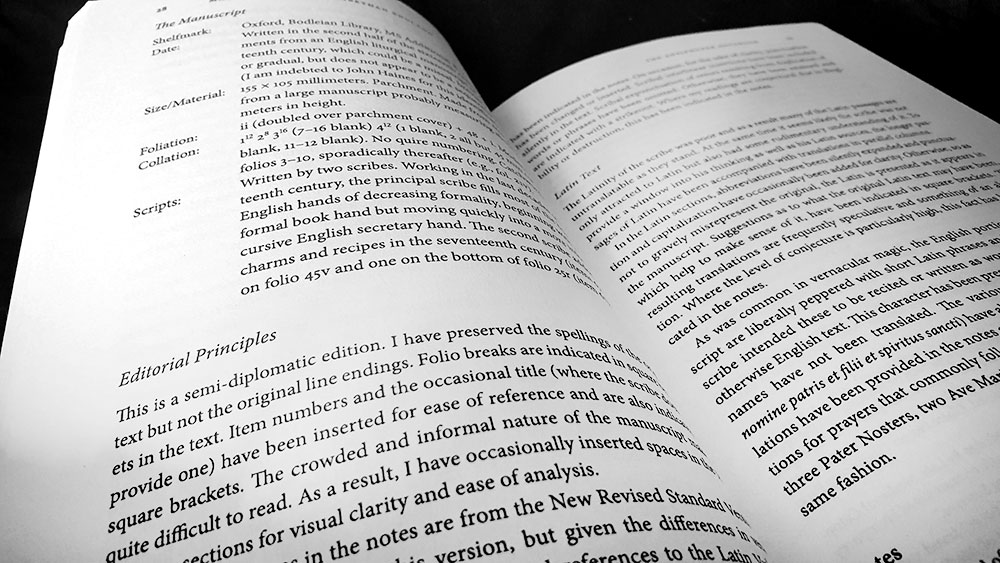 Klaassen uses these two titles as a counter to the idea that post-Reformation Protestant theology and the emergence of secular science initiated a process of entzauberung or disenchantment within modernity, in which the previously omnipresence of the supernatural was removed from the world. Instead, Klaassen argues that the Reformation did not so much disenchant the old consensus about magic as to break it apart, allowing for it to be reassembled with new definitions that were increasingly divorced from the previous reliance on traditional religion. The Protestant author of the Boxgrove Manual had, for example, removed any explicitly Catholic content from his source material, but rather than creating a Protestant form of magic in its stead, the book represents not just a break with Catholicism, but a separation from religion itself.

In addition to this general overview with which he opens the book, Klaassen provides specific introductions to both texts, giving their history and an analysis of not only the content but its creators, assessing their intent and methods. The text themselves are presented in a thorough manner, with Klaassen using a preface before each one, explaining the physical characteristics of the manuscript in question, an explanation of the sources he cites, and a setting out of editorial principles. His translations are categorised as semi-diplomatic editions, producing an intermediate version of the manuscript text, largely faithful to how it was produced, but with some minor alterations for readability, with abbreviations expanded, and a few forms of punctuation standardised. 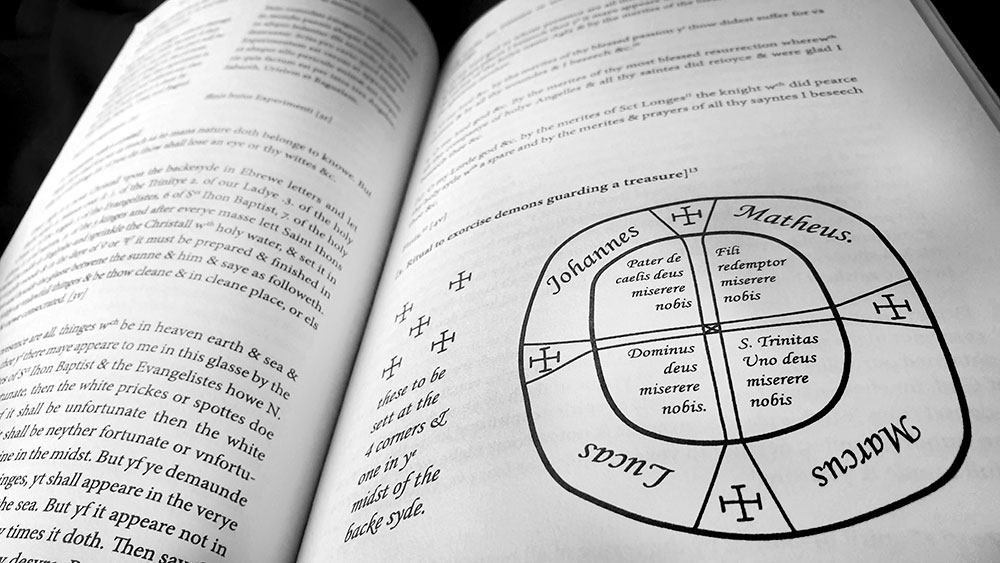 The two works are extensively annotated by Klaassen, marking out amendments in the editing process but also providing valuable commentary both minor and extensive on matters that arise in the text. Due to the length of some of the digressions, these are understandably formatted as endnotes, rather than footnotes, which is still a shame, as their worth is such that it would aide reading to having them as an accessible adjunct on the same page as the body, visible at a glance, rather than necessitating the flicking between the here and now and the end of each chapter.

Despite their relatively shared provenance, these are two distinct works, in both style and subject matter, with the Antiphoner Notebook being arguably the less interesting of the two. Its focus is almost entirely on charms, perhaps the dullest and yet most popular form of occultism, with all the usual dubious cures for a variety of ailments, as well as dealing with that most perennial of problems, thieves. Many of these are common charms, many of which are drawn from Scot’s Discoverie of Witchcraft, and they do tend to dominate in the latter half, but there are also some interesting rituals and procedures, such as divination with a crystal, and a very long procedure for exorcising demons guarding a treasure. One instance tellingly shows how the grip of orthodox religion was loosening in magic, with the compiler including a guide for creating a wastcote of proofe, the process of which involves thread being spun in the name of the devil. The verbatim source for this was Discoverie of Witchcraft, but unlike its use there as part of Scot’s sceptical exposé of superstitious beliefs in witchcraft, in the Antiphoner Notebook it is included as something that could be readily employed like any of the other entries. Klaassen notes that this explicit use of the devil’s name, as well as other formulae in which both demons and angels are directly invoked, would have been beyond the pale of even later medieval necromancers who may have conjured demons but only did so in the name of Jesus. 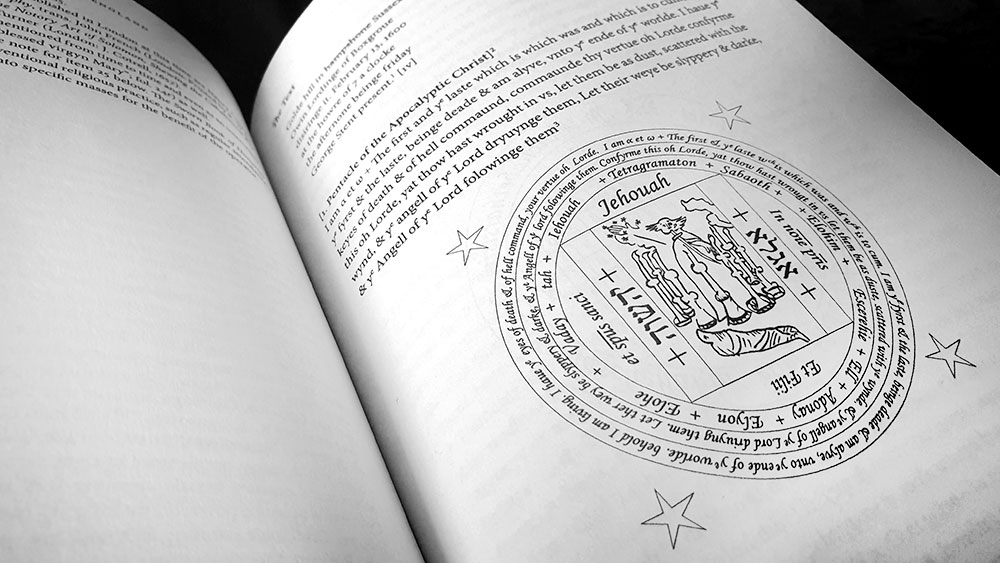 With its reliance on works by and attributed to Agrippa, and its focus on matters invocatory, the Boxgrove Manual makes for an immediately more interesting book than the Antiphoner Notebook. It opens with a Pentacle of the Apocalyptic Christ before continuing into a set of planetary seals and a guide to creating lamens for calling spirits, with both good and ill ones being listed. The manual is heavily indebted to Agrippa’s three volume De Occulta Philosophia as well as the apocryphal fourth book pseudonymously attributed to him as Liber Quartus De Occulta Philosophia. The compiler of the Boxgrove Manual clearly believed Agrippa to be the author of Liber Quartus, and draws from it throughout, but he also credits him with authorship of the Heptameron, which is usually credited, again pseudonymously, to Peter de Abano. 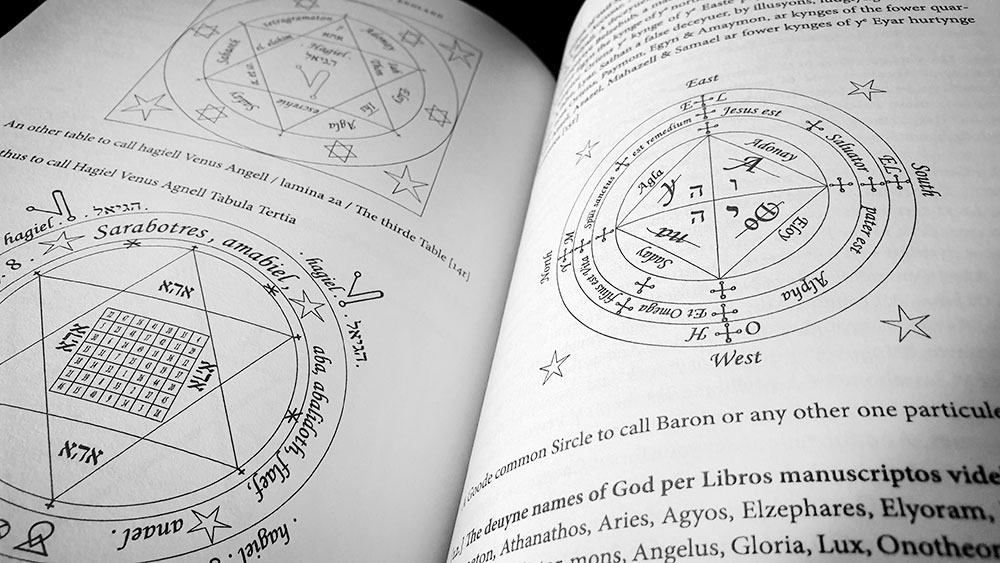 Klaassen concludes the section on the Boxgrove Manual with a brief but valuable appendix, providing the sources for each of the manual’s entries, thereby showing the debt owed to the Heptameron, and to Liber Quartus in particular. In all, Making Magic in Elizabethan England, is a valuable title, not only for the versions of the Antiphoner Notebook and the Boxgrove Manual but for the way in which Klaassen contextualises them within post-Reformation England. He writes with a deft, knowledgeable hand that makes for a joy to read.