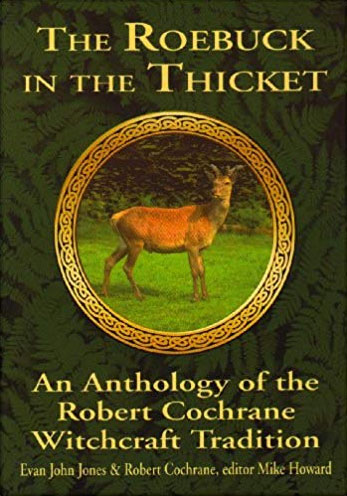 Subtitled An Anthology of the Robert Cochrane Witchcraft Tradition, this book is, unsurprisingly, a collection of articles about Robert Cochrane’s witchcraft tradition, written by Cochrane himself and his successor, Evan John Jones. As one would expect, the majority of these are from Jones, with Cochrane posthumously justifying his name on the cover with four. The articles are largely drawn from occult magazines, with those by Cochrane coming from the pages of Pentagram and New Dimensions, while Michael Howard’s The Cauldron is the sources of those by Jones.

Howard opens the proceedings with a thorough introduction that acts as an overview of both Cochrane’s craft, and how the writings that are compiled in this volume came to be. This will be a familiar story for anyone with a passing knowledge of Cochrane and his brand of traditional witchcraft, hitting all the usual beats, in particular those key moments of public publication, where his use of small articles in possibly equally small occult journals still had remarkably far-reaching effects. This then expands into a broader consideration of the aftermath of Cochrane, including a brief history of The Regency and the influence of Jones’ Clan of Tubal Cain-infused books, Witchcraft: A Tradition and Sacred Mask, Sacred Dance. The familiarity of some of the history here makes sense when you realise that this chapter provided a test run for Howard’s comprehensive Children of Cain, with the narrative following a similar trajectory and some of the paragraphs here being almost the same, save for some judicious editing, ten years later.

As Howard’s introduction touches upon, the four articles from Cochrane are part of traditional witchcraft history. This collection, though, doesn’t include Cochrane’s first public writing on witchcraft, a 1963 article in the Spiritualist newspaper Psychic News, in which he proposed the idea, more popular now than it was then, that witchcraft was not paganism per se, but rather a mystical dual observance system that, nevertheless, “retained the memory of ancient faiths.” This sentiment, this out-of-the-gate contrariness, encapsulates Cochrane’s philosophy and his slightly smug antagonism towards conventional witchcraft/wicca. This sentiment does come through in the articles that are included here, particularly the excoriating and archly titled Witchcraft Today from the November 1964 issue of Pentagram, the newsletter of the Witchcraft Research Association.

You know that old cliché about witches being born and not made, of coming home to the belief system as if it was something you always knew but just didn’t have a name for it? Well, Cochrane feels a lot like that for me. Not, heaven forfend, his system of traditional witchcraft itself (though some of the aesthetics and cosmogony have a personal appeal), no, it’s the snark that feels like coming home, it’s the snark that feels like something I always intrinsically knew – though putting it into words and giving it a name was never a problem, naturally. Despite being written 55 years ago, the issues with conventional witchcraft that Cochrane mentions seem as prevalent now as they have been throughout this past half century. Like some hipster witch, Cochrane speaks from the smug position of someone who believes that amongst a sea of pretenders their tradition is the only right one, but at the same time, he critiques wicca-style witchcraft with a fairly pragmatic, and more reputable, approach. His concerns were with the patronising romanticism and escapism inherent in modern day witches seeking refuge from the 20th century in an all-beneficent spirit of nature who bore no relation to the multiplicious real world red in tooth and claw, or for that matter, any extant agrarian folk magic belief system: “civilised sophisticates running round behaving like simple peasants and simple peasants who have never heard of such things.”

It’s not all owning the normies though, and two of Cochrane’s pieces have a practical, rather than vituperative, aspect. In an article originally published in New Dimensions magazine, Cochrane gives an account of a spelunking esbat ritual, written in a travelogue style rich in anecdotes, dialogue and minutiae. The other is a response to a question in Pentagram about the use of knots and cords in witchcraft, which allows Cochrane to drop a few folklore gems along with examples of ritual use. 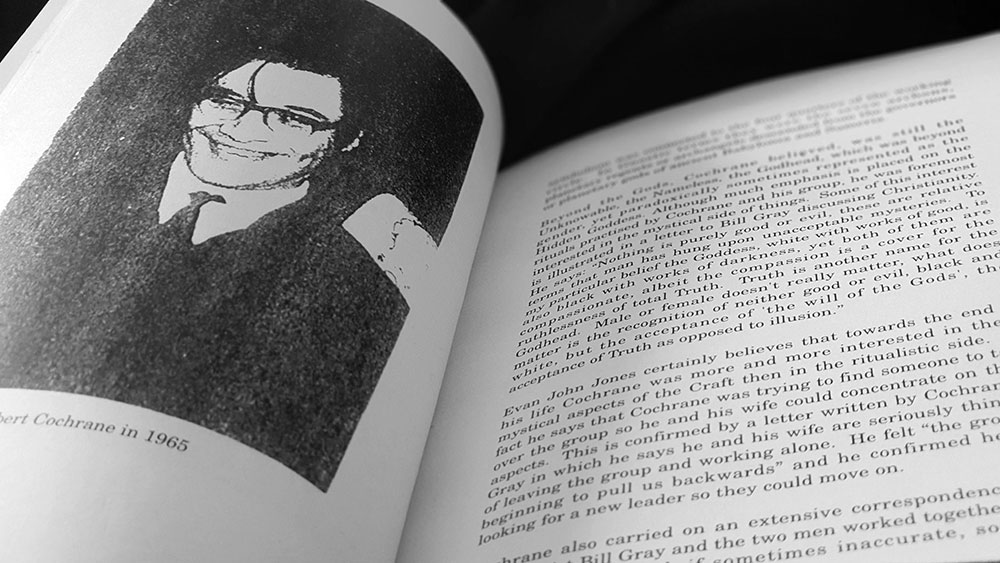 There endeth Cochrane’s lesson and, save for an astrological reading analysis as an appendix, the rest of the contents of The Roebuck in the Thicket, are provided by Evan John Jones. In the 1990s, Jones began publishing a series of articles in Howard’s magazine The Cauldron, covering aspects of Cochrane’s craft and also that of the Clan of Tubal Cain as then led by Jones. Attentive readers may be aware of my nostalgic affection for that period, having read those issues of The Cauldron when they were first published; with the copies still within reach to this day.

Spanning a decade, these contributions made Jones a regular figure in the pages of The Cauldron, and their inclusion here makes for a nice, concise little retrospective of this role. It begins with a discussion of the symbolism of the stang before various explorations of Clan of Tubal Clan cosmology and their ceremonial application, such as the rose within the grave and the ritual of the castle, and the rite of the two circles. Jones continues with explanations of other symbols used by the clan, including the titular roebuck in the thicket, the spiral, and the morning and evening stars.

It’s not all killer, and there is some filler, as one might expect of any body of work drawn from submissions to occult publications, where the need for contributions can so often outstrip the things of note to write about. A particular favourite that moves away from the theoretical or historical and into the anecdotal provides an interesting twin to Cochrane’s earlier account of the cave-bound esbat ritual. Here, Jones tells how his circle lost a ritual space but found a new and, at least initially, improved one, writing in a format that provides a guide and suggestions about general magical space, while appearing to simply tell their tale, sprinkled with a hint of folk horror and dread.

Jones is, as ever, a pleasure to read. He writes with confidence and clarity, but without the hubris and smugness that those speaking from within the comforts of a traditional can be susceptible to. His articles here provide a thorough, if compartmentalised, overview of Cochrane’s tradition, or at least what it may have evolved to under Jones, as not every piece is in thrall to the past magister and may represent the natural evolution of the system.

Images in The Roebuck in the Thicket are pretty much limited to a few poorly reproduced photographs of Cochrane and some of the key witchcraft figures mentioned therein: William Gray, Doreen Valiente, Ruth Wynn-Owen and Evan John Jones. This is disappointing, particularly when it comes to the contributions from Jones, as his articles in The Cauldron were often accompanied by illustrations from the always reliable Nigel Aldcroft Jackson. As a result, the book comes across as very much a no-frills archive, just in it for the words.

Speaking of words, as is typical of this series of books from Capall Bann, proofing is abysmal, with a surfeit of errors, usually repeated or extraneous words, rather than outright spelling mistakes. Comparing the book with some of the original articles, it’s clear that the errors have been introduced in the production of The Roebuck in the Thicket, with one of the most amusing being a reference to a sacrament of brad and wine. Lucky Brad, I guess.