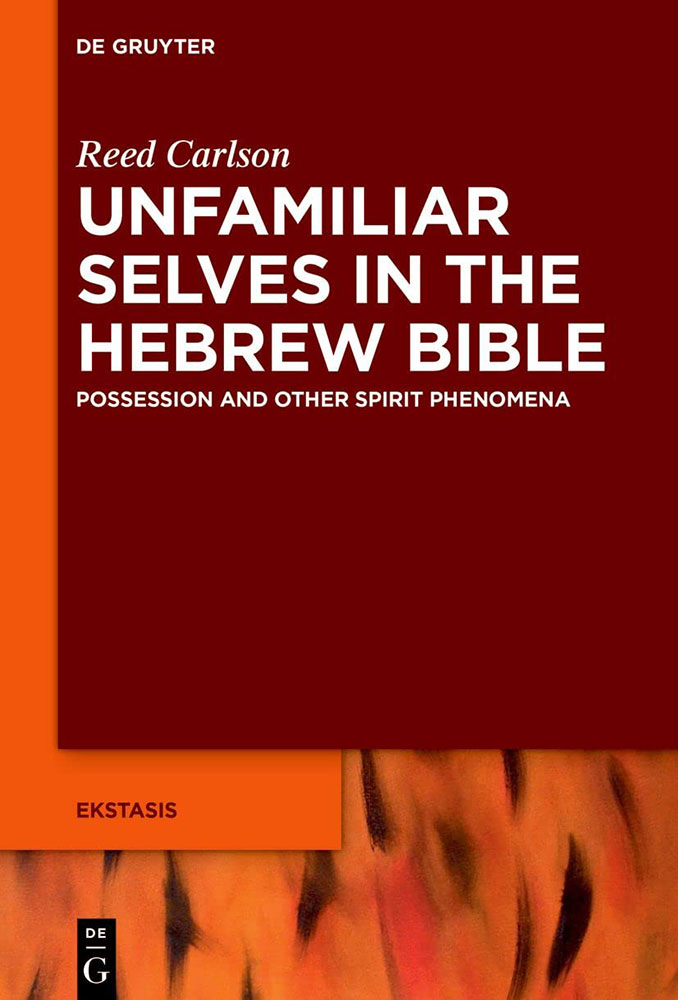 Bearing the subtitle Possession and Other Spirit Phenomena, Reed Carlson’s Unfamiliar Selves in the Hebrew Bible is an exploration of how the Hebrew Bible treats the phenomenon of spirit possession; something more commonly associated with late Second Temple Jewish literature and Christianity’s New Testament. Carlson is an Assistant Professor of Biblical Studies and the Director of Anglican Studies at the United Lutheran Seminary and this book is based on his 2019 doctoral dissertation at Harvard Divinity School, Possession and Other Spirit Phenomena in Biblical Literature, which it hews to very closely. In both dissertation and book, the core thesis argues that hitherto little-explored themes of possession and other spirit interactions are present in the bible, though rarely conforming to those paradigms established by Christianity and Western intellectual history.

Despite this book’s obvious grounding in Hebrew texts, Carlson begins with a contemporary if somewhat incongruous scene from the 1980s, detailing a case, later used as the basis for one of the Conjuring movies, in which Arne Cheyenne Johnson was convicted of first-degree manslaughter for the killing of his landlord, having unsuccessfully pleaded not guilty by reason of demonic possession. This is used, not by way of comparison to what follows, but in contrast, as exemplary of the more dramatic and popular idea of spirit possession, but one that is not found in either the Hebrew Bible, or in many contemporary spirit practices. 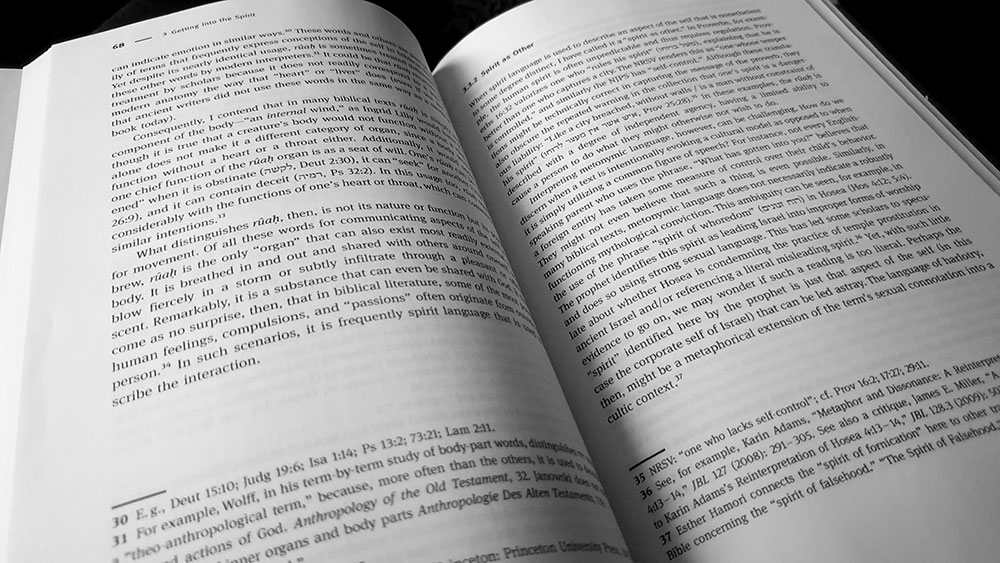 Given the dearth in considerations or even acknowledgements of this theme within the Hebrew bible, it is understandable that the examples here are rather limited, with Carlson beginning with, and making much hay from, King Saul’s encounter with the witch of Endor and her summoning of the shade of the prophet Samuel. As Carlson shows, this emphasis makes a lot of sense, not just because of the strength of the image of a dead prophet being summoned from his grave, but because Saul’s involvement with spirits predates that later sequence, with 1 Samuel providing a catalogue of incidences that confirm his standing as one of the most dynamically spirit-affected people in the bible. He is possessed by the spirit of the Lord whilst entering the city of Gibeah, temporarily becoming a prophet and being explicitly “turned into a different person” as the text has it. Later, though, after displeasing his fickle divine patron, Saul finds that not only does the spirit of the Lord depart from him (seizing, instead, his successor, David), but that the Lord doubles down on the punishment by sending an apparent replacement, a harmful spirit that torments the king. Carlson argues that these events, as well as the later séance scene, are indicative of how Saul, along with Samuel, David and the Endor witch herself, are presented as having porous spiritual borders. They are possessed of a metaphysical permeability that makes sense of actions that, by virtue of having their root in the spirit world, may otherwise seem erratic or irrational. Carlson uses this premise, in which spirit interaction is so integrated into society that specific technical details are deemed unnecessary and left unsaid by the narrator, to cast the Endor séance not as a visible summoning but as an act of possession, with the witch channelling Samuel’s spirit and acting as a vessel for the prophet to speak through. 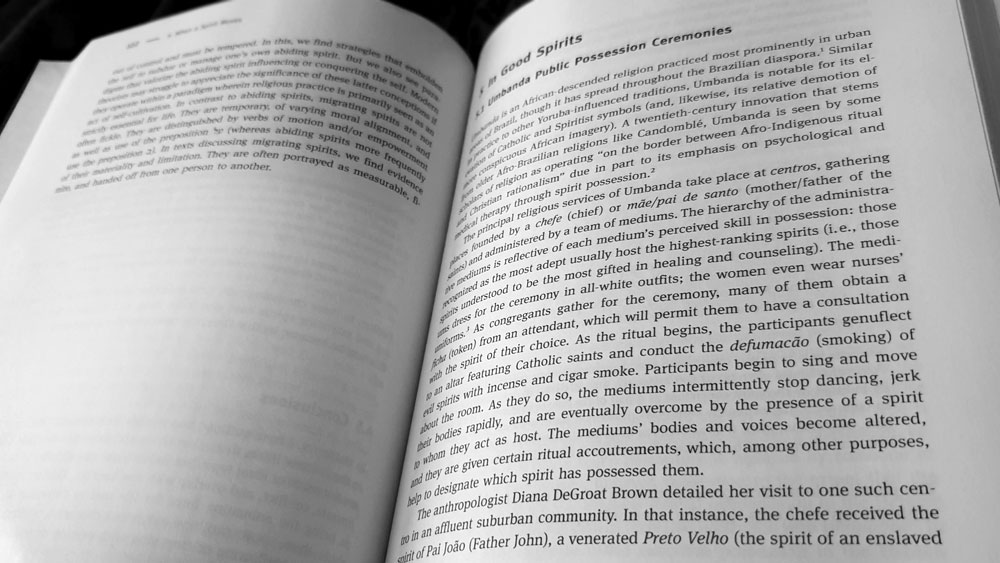 Carlson’s core methodology compares the sparse clues found in the biblical record with extant spirit practices in contemporary communities. He often leads with these anthropological and ethnographic examples, providing an experiential context from which the reader can themselves draw comparisons when the biblical text is discussed, and which he then affirms in commentary. In the case of Saul’s spirit sickness, the template is found in twentieth century Cuban Espiritismo, in particular the most popular form in Cuba, the Santería-adjacent Espiritismo Cruzado, in which each person is connected to their own collective of spirits, with whom Espiritistas (mediums) cultivate a relationship. Similarly, Brazil’s Yoruba-influenced religion of Umbanda is used as the analogy for the fifth chapter’s discussion of intersections between spirits and medicine, contrasting the use of spiritual triage in Umbanda with the preponderance of medical idioms that are used to describe spirit phenomena in the Hebrew Bible and Second Temple literature.

Carlson employs these analogies with a masterful narrative touch, never drawing analytical attention to them immediately, but patiently calling back to them later in the chapter when they’ve been almost all but forgotten. In the interim, he presents engaging explorations of biblical sources and themes, crafted with an erudite and engaging voice that assumes a reasonable degree of knowledge and familiarity from the reader, but never asks too much. 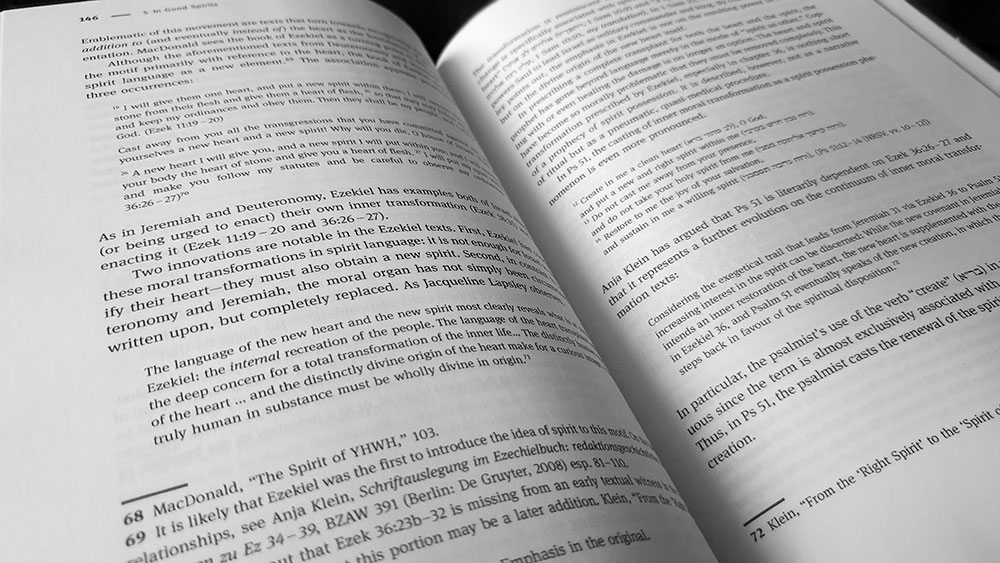 The spirit interactions of the Gullah people of the Lowcountry and Sea Islands of the United States preface the third chapter’s general discussion of rûah as both spirit and breath in Hebrew cosmology, with the analogy providing an emphasises on talking with the dead. Later in the same chapter, a Sakalava spirit-possession ritual from Madagascar is compared to the story of the prophet Micaiah from 1 Kings, with Carlson picking up on the motif of competing spirits, in which narrative and existing political alliances and hierarchies find their proxies in the supernatural realm. A similar motif can, it is suggested, be seen in the myth of the fallen angels, but the analogy seems generously stretched in order to make it.

This speaks to a common experience when reading Unfamiliar Selves in the Hebrew Bible and it can sometimes feel like Carlson is finding exactly what he wants to find in his biblical sources. Interpreting the Saul séance as an act of possession, though appealing, goes against most conventional readings of the scene, and uses the smallest of ambiguities to extract thesis-corroborating details. Similarly, one can sense a palpable preference in how the concept of ‘spirit’ is interpreted in texts, leaning towards the idea of actual entities, rather than a more pragmatic approach which would see the phrase as referring to metaphorical embodiments of abstract concepts, such as the spirit of jealousy mentioned in Numbers or the general idea of the spirit of the Lord. There’s also the risk when analogous models are used to unduly apply a wholesale interpretation from one situation to another, confusing minor correlation with total similitude. This is very much the case when Carlson draws on the sometimes irreverent approach to the gods and spirits in Haitian practices, applying it to Elijah’s competitive encounter with the 450 prophets of Baal on Mount Carmel. When Elijah mocks the rival prophets for their inability to entreat Baal, Carlson deploys the Haitian comparison and frames the event not as two separate rituals but as a joint ritual in which the two cults battle. The 450 prophets killed on Elijah’s orders in the waters of the Kishon river might not see it in quite so cooperative a light. 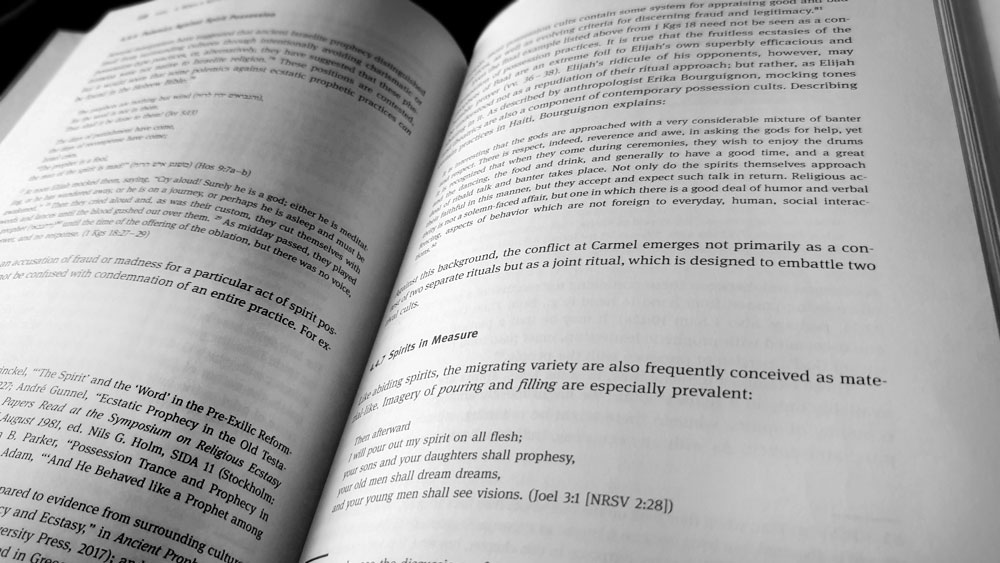 With all that said, even if one finds Carlson’s conclusions not as convincing as one would hope, Unfamiliar Selves in the Hebrew Bible makes for an interesting and indeed valuable consideration of its themes. Its survey of rûah and of the distinction between abiding and migrating spirits, along with the in-depth considerations of the Saul séance and other key moments, makes this a work that has much to recommend it.