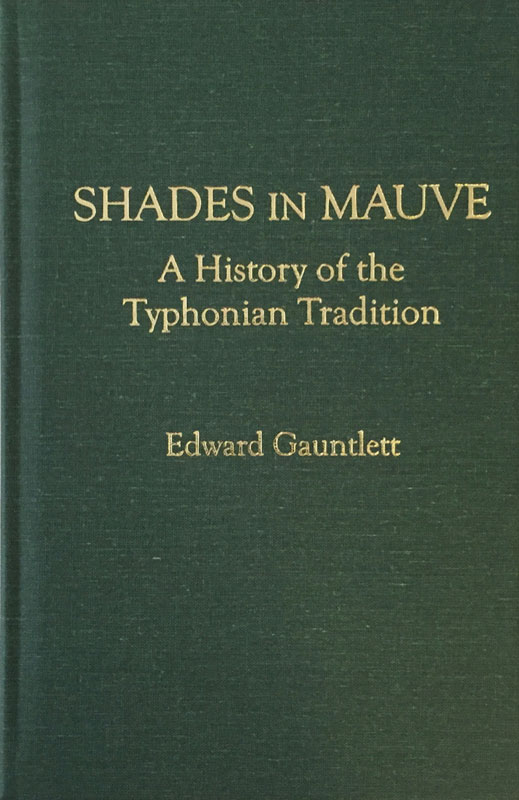 Michael Staley of the Typhonian Order provides the introduction to this slim volume from the improbably-named Edward Gauntlett and describes it as a valuable contribution to the understanding of Kenneth Grant’s work. What this book is not, however, is a critique, or even a summary or survey, of Grant’s written work; something that would have been most welcome, given the somewhat hard to navigate nature, and the breadth, of his output. Instead, this is a consideration of Grants themes, with, more often than not, little in the way of direct references to his books. References are instead made to some of the same sources used by Grant, with Gerald Massey and E. A. Wallis Budge naturally figuring heavily in matters Egyptian. As such, this is a book that considers the Typhonian Tradition, and a few magickal tangents, almost independent of Grant, with little need to appeal to Uncle Kenneth’s authority.

Shades in Mauve is divided into four obliquely-named chapters: Vanishing Point, Found Objects, Bricolage, Negative Space, and a preamble, Anamorphosis. It is Vanishing Point that contains the largest consideration of the Typhonian Tradition, defining it as an ancient spirituality that is now emerging from the depths of the collective unconscious. Gauntlett briefly traces the Typhonian Tradition from the initial flowering of Stellar Gnosis in sub-Saharan Africa and then to its full application in dynastic Egypt. This material will offer nothing new for readers already familiar with Grant’s own writing (save for, perhaps, the occasional reference to the likes of Robert Bauval and Graham Hancock), but there’s a coherent quality to Gauntlett’s copy, in contrast to the glorious but often dizzying style of the master.

In Found Objects, the journey of the Typhonian Tradition moves ever onward into the classical world where elements of this primordial Stellar Gnosis were subsumed due to the emphasis given to the cults of Isis and Osiris (and subsequently, the solar worship of Ra). This is attributed to the undeniable influence of Plutarch and the image he created of Egyptian mythology and cosmology. Typhonian traces still remained, and Gauntlett finds these in the liturgy of Mithraism, as well as the strains of Hermetic and Gnostic thought and practice that were birthed in Egypt and ultimately resonated down the centuries into the formulae of the Golden Dawn.

The Typhonian Tradition is then traced into the Enlightenment in Bricolage, in what amounts to a general history of the occult, rather than anything undeniably and characteristically Typhonian. With fingers splayed in a rather large grasp, this touches some familiar characters, everything from the Rosicrucian manifestos, to Freemasonry and Eliphas Levi, before emerging into the modern era and, inevitably, Thelema, Crowley, Spare and Grant’s Nu-Isis Lodge. With the exception of Crowley and Nu-Isis, there’s little in this chapter that can be easily identified as Typhonian, unless Typhonian is redefined as a general search for occult knowledge. But, given Gauntlett’s engaging, slightly arch style of writing, this is forgiven as you amble along for the ride.

Finally, in Negative Space, Gauntlett’s attention is less concerned with the Typhonian Tradition and instead provides a broad critique of modern occultism and its recent antecedents. Up for wry discussion are some of the bug bearing or just intriguing tropes that will be familiar to frequent readers of these reviews: the stagnancy in magickal ritual with variations of the same old formulae trumping any attempts at innovation; the strange twilight world between myth and reality, made up things and creatively imagined things, within which modern occultism exists. The latter discussion provides much grist to Gauntlett’s mill, allowing him to thoroughly explore the idea of created reality and placing it in relation to fantastic literature of Lovecraft and Machen, and the surrealism of Dalí. 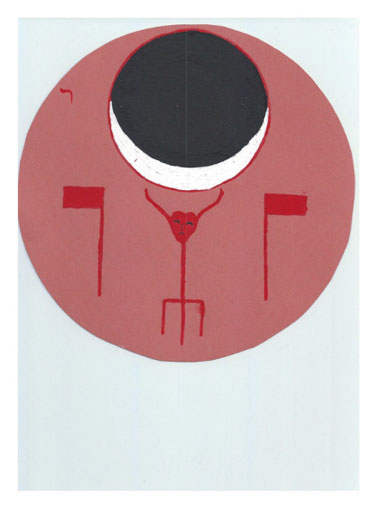 With its small size, Shades in Mauve makes for a satisfying quick read. It is by no means revelatory and it is, one assumes, not intended to be, as almost anyone interested enough to buy this would presumably have more than a passing familiarity with its subject. Shades in Mauve comes in a standard edition of 400, with another 40 comprising the deluxe edition, signed, slipcased and accompanied by a specially developed sigil. The hundred or so pages are bound in green cloth (not in mauve, as one might have hoped), with gold coloured end pages, gold gilt-stamping to front board and a colour frontispiece.