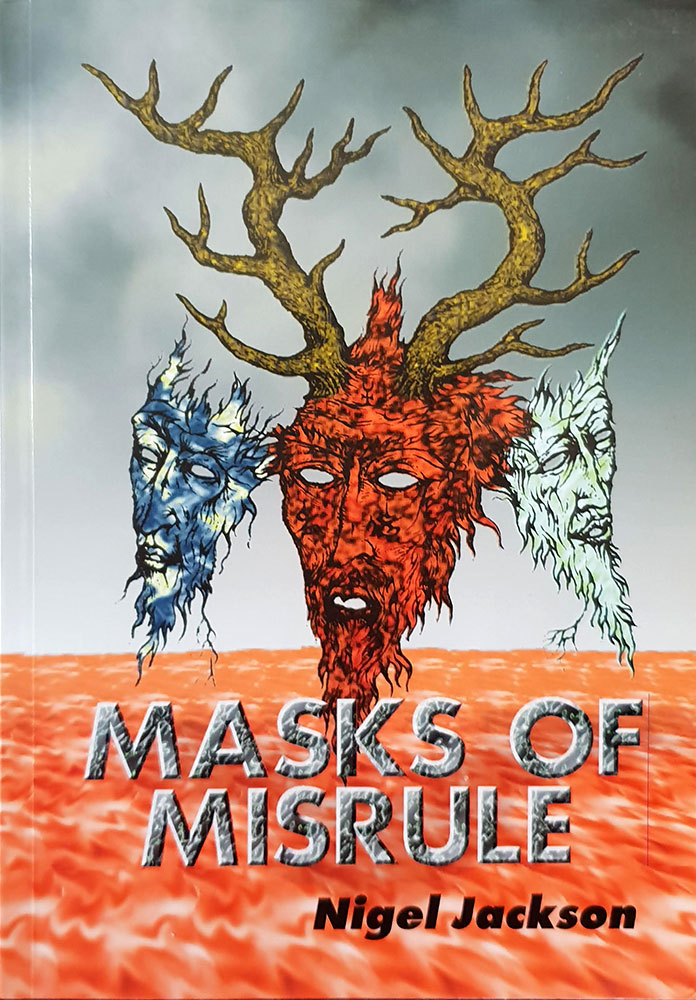 Earlier this year we reviewed Nigel Jackson’s Call of the Horned Piper, and let’s just say we’ve got the Jackson bug as we return to another of his books released by the nice, but aesthetically questionable, folks at Capall Bann. In Masks of Misrule, Jackson turns his focus to the horned god of witchcraft, a figure he identifies as having roots at far back as the Palaeolithic era. The horned god, as detailed by Jackson and by Michael Howard in his foreword, is at his core a simple hunter deity, but beyond that he is more, being a multiplicious cosmic god of life and death, of boundaries and their crossings, of the night and the furious wild.

The chapters of Masks of Misrule delineate how this horned god can be viewed, drawing threads from across both time and distance. As the White Stag of Anwynn he is a Celto-Arthurian god of the forests, seen in figures as diverse as Cernunnos, the Breton St. Cornely, and the one-eyed guardian of the wood in The Mabinogion. He is leader of the Wild Hunt, the verdant Green Man, and the Saturnalian, goat-horned Christmas fool. And finally, he is the man in black, the lord of the sabbat and the hidden father.

Jackson also uses the horned god as a gateway that facilitates broader discussions of the themes of traditional witchcraft. Identifying the skull and crossbones as a persistent craft symbol of the horned god as Lord of the Red Skull, for example, allows Jackson to divert into a wide-ranging discussion of skull and skeletal symbology, bringing together examples from across the world, before returning to witchcraft in particular with toadsmen rituals and intimations of the Rose Beyond the Grave. Similarly, the discussion of the horned god as the man in black and master of the sabbat allows for a broader discussion of the sabbat and its symbolism, along with ritual accoutrements such as the obviously relevant stang. 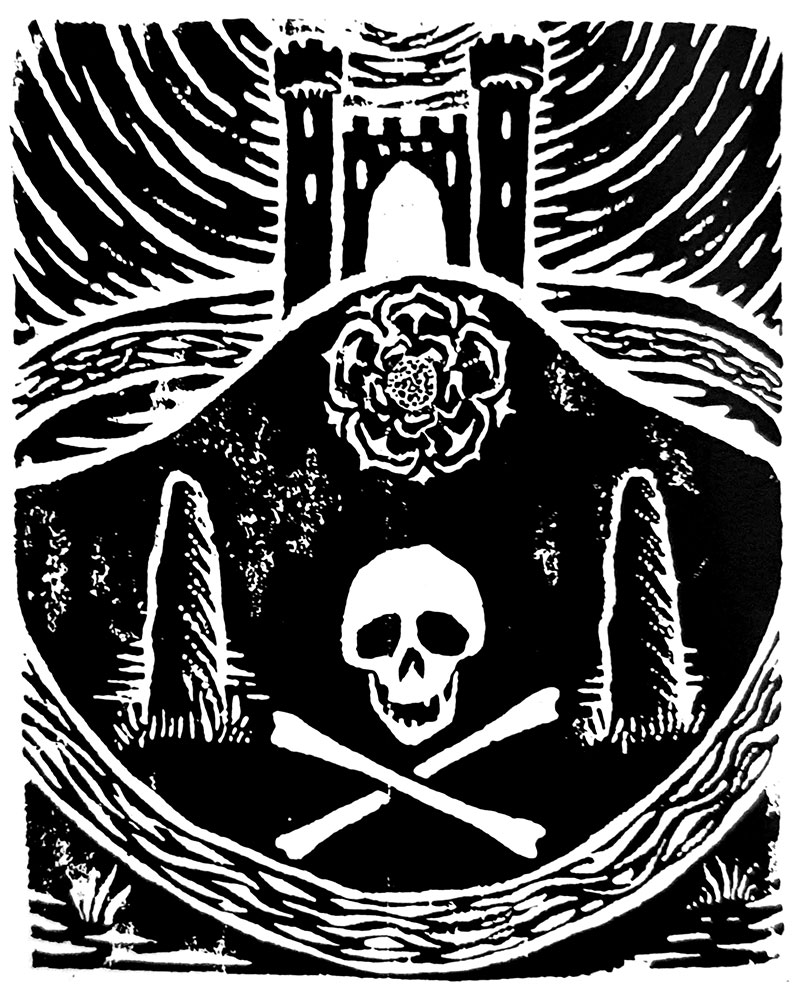 It is in the consideration of the horned god as master of the sabbat that we first see what separates a work like Masks of Misrule from the more typical witchcraft books, be they practical or historical. This is especially noticeable given conventional attempts to create distance from anything with the sulphuric whiff of diabolism; something that has been part and parcel of the history of modern witchcraft since the beginning, and remain largely unabated today. Still, it’s something that, despite the preponderance of horns on the cover of this book and others by Jackson and his colleagues, may go under the radar until you dive deeper into the pages. In the case of Masks of Misrule, this diving and discovery happens to its fullest extent late in the piece, when things get very specific and the book concludes with discussions of Lucifer, Qayin and Azazel. 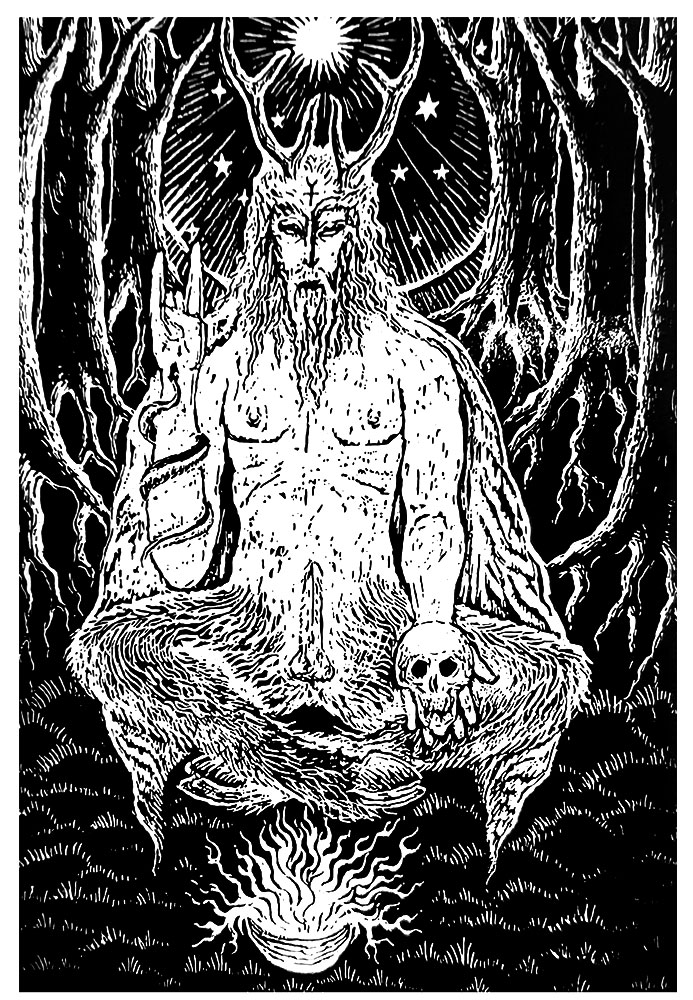 As the Masks of Misrule title suggests, there’s much here that discusses the horned god as a figure of disruption, disorder, and naturally, panic and pandemonium. Jackson highlights the role of the horned god as overseer of times when liminality reigns, when the formula becomes one of ritual reversal, reflecting a greater cosmic rescission, a literal annulment when the world and the cosmos threatens to return to its primordial state, the sacred void of Ur-Khaos. In this regard, Jackson also incorporates Loki, highlighting his role as both mischief maker and the destructive Dark Fire-Lord of Misrule; while also mentioning that tantalising hint, as per Bill Liddell, about Loki being venerated by some East Anglian covens. 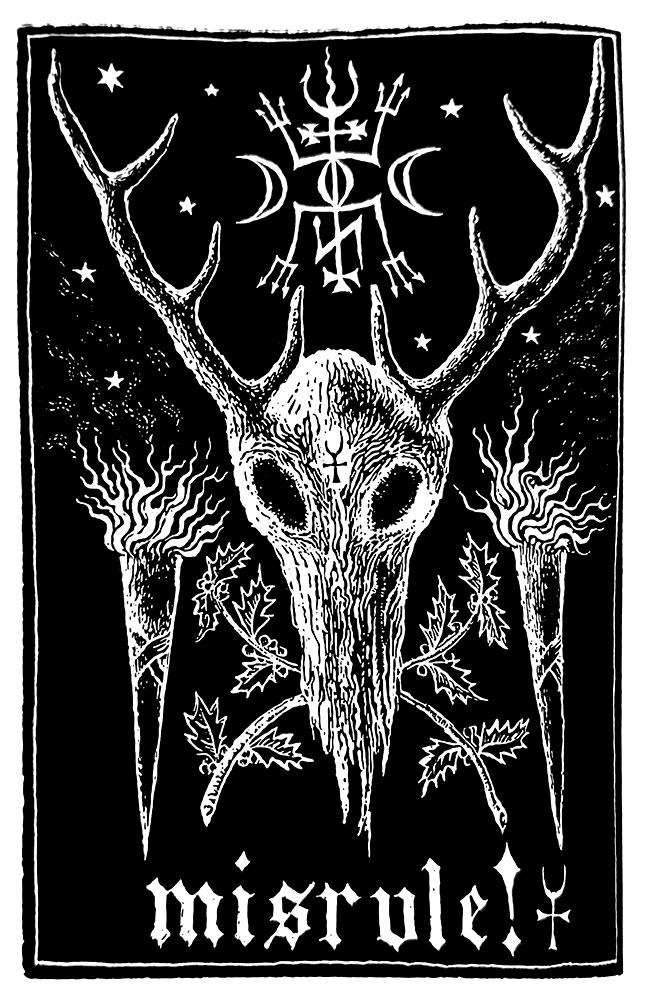 Throughout Masks of Misrule, Jackson writes clearly and competently, dropping bite-size chunks of information, almost always, as is the style, free of the specific citing of references. In additional to the encyclopaedic content of Masks of Misrule, Jackson does occasionally provide his own asides, bringing the threads together through an expositional voice that is authoritative and invested. There’s a sense that this isn’t theoretical for him, nor something that he has regurgitated from elsewhere, despite various touchstones, such as Robert Cochrane Clan of Tubal Cain and Andrew Chumbley’s Sabbatic Craft, being obvious.

It is the allure of the dark and diabolic that makes Masks of Misrule appealing, and ensures that it feels exceptional, with the diabolic interpretation feeling a lot more tangible than the usual nameless and bland presentation of the male principle. While darkening it up is something that has become increasingly popular when discussing witchcraft (as the surfeit of goat-faced traditional witchcraft books testifies), Masks of Misrule, feels like one of the originators, backed up with a wealth of knowledge that imitators may be lacking.

Masks of Misrule is once again illustrated throughout with Jackson’s own images, presented in a combination of heavy woodcut styled designs and finer, more illustrative works. These are, as ever, one of the highlights of the book, with a sense of mystery and numinosity, and just the right amount of sigils and, to use the vernacular of King Missile, mystical shit.

But as is also often the case with Capall Bann titles, the external appearance of Masks of Misrule does the work a huge disservice, so much so that judging this book by its cover would surely mean most people pass it by. One of Jackson’s beautiful hand drawn images is cut out and coloured in Photoshop and then placed unsympathetically over Photoshop-generated clouds and an ambiguous landscape that appears to have been generated with the Photoshop liquefy tool, but which gives the impression of Bryce 3D generated water (just needs some random geometric forms floating in the air). Meanwhile, the incongruous typeface of the book title has been attacked with text effects, featuring bevel and emboss, gradients and textures; as well as a little errant vertical line down the right hand side. And finally, as in other Capall Bann books, proofing could be better and Jackson conflates ‘it’s’ with ‘its’ – but he does it with such consistency that it almost becomes endearing.