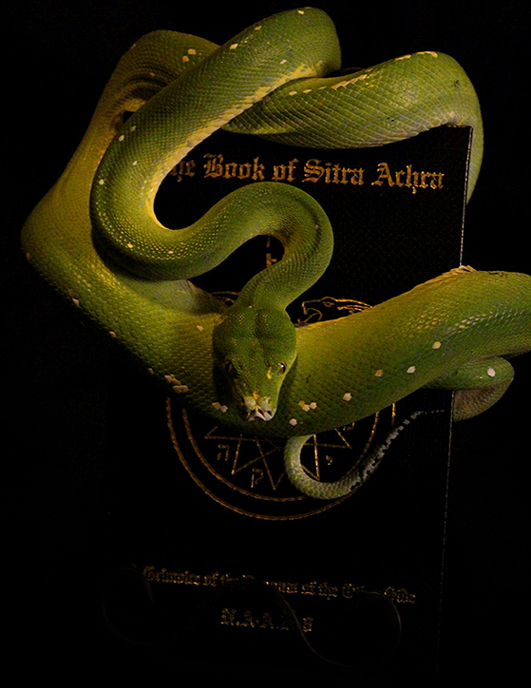 This beautifully presented book is the latest full length work from publisher Ixaxaar and from author N.A-A.218, magister of the Templum Falcis Cruentis. While N.A-A.218’s recent output in the two volumes of Liber Falxifer has focussed on the Qayinite mysticism of the Templum Falcis Cruentis, The Book of Sitra Achra feels very much like a return to the roots of the affiliated Temple of the Black Light and its previous incarnation as the Misanthropic Luciferian Order. Although I have not read Liber Azerate, the MLO’s earlier and much sought after work on these themes, this book does feel like an update to that grimoire. The eleven-headed dragon Azerate forms the backbone of much of this book and the narrative describes how that particular name was received and identified as the true name of the God of Sitra Achra (the Other Side) in what one assumes was the formative days of the order. The same workings also provided a sign, the Eleven-Angled Seal, which is used as a gateway to the Sitra Achra.

Azerate as the true name of God of the Other Side is said to be the embodiment of the Anti-Cosmic Impulse, with the eleven heads of eleven different spirits (whose names will be familiar from Old Testament accounts and goetia) combining into something amounting to a qliphothic Voltron. Thus, the initial focus of The Book of Sitra Achra is on the ten qliphoth, followed by a consideration of Azerate’s eleven heads: Satan, Molok, Beelzebub, Lucifuge Rofocale, Astaroth, Asmoday, Belfegor, Baaltzemoth, Adramalik, Lilith and Nahemah. Each head is given a full page explanation, and then a second page featuring a qliphothic formula and two sigils: the ring bound Throne Seal and the standalone Angle Key Seal. 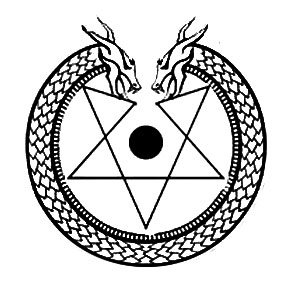 If there’s one word to describe the content of The Book of Sitra Achra it would be exhaustive. There’s an almost bureaucratic love of order and delegation, with various and extensive hierarchies of qliphothic entities and secondary demons, all painstakingly detailed and accompanied by their sigils. This is indicative of a fundamental principle in which the world of the Qliphoth is defined as the Realm of Multiplicity, in contrast to Sephirothic Realm of Static Singularity. And if you like multiplicity, have we got some multiplicity for you. The 60 Emissaries of Black Light, for example, are archdaemons who take their names from the letters that make up the names of each qliphoth. Thus, for example, the emissaries of Thaumiel are Thaninel, Akzarel, Uazarel, Mibdalahel, Ianahel, Abadel and Labbahel. Each of these archdaemons has a sigil and a page worth of attributes; although inhuman resources in this department of infernal affairs seem to have overstaffed, since most of them seem to have specialised in destroying the restrictions imposed by the Thoughtful Light. If that wasn’t enough, these 60 emissaries have harbingers created by the letters of their own names, and their names, in turn, create another tier of heralds.

It has to been mentioned that, unfortunately, the sigils for each of these emissaries follow a consistent design that, although beautifully rendered, places two plus signs at their apex, giving the impression of two eyes rendered drunk by cartoon shorthand. This means that given a preponderance of upturned arcs directly beneath the plus signs, almost all of the sigils become anthropomorphised into little figures with slightly beatific and blissed out faces. Given the destructive qualities of most of these beings, that’s probably not what they were going for, but as the saying goes, once you see it, you can’t unsee it.

More hierarchies and correspondences follow the 60 Emissaries of Black Light. The 22 Silencing Letters of the Other Side explores the assigning of Hebrew letters to the paths between qliphoths, just as they are between the dayside sephiroths, with each letter-path associated with a daemon (each of which, naturally, have a beautifully crafted sigil; but no little faces this time). The 12 Princes of the Qliphothic Zodiac are yet another hierarchy of spirits, this time having dominion over fate, while the Seven Hells and Seven Earths are kingdoms within the Sitra Achra that hold the ten qliphoth; and naturally, each of them, both princes and hells, has a sigil.

I must admit that on a purely personal level, I prefer the Qayinite side of N.A-A.218’s oeuvre rather than this qliphothic exploration. There’s something tangible and visceral about the Qayin mythology, a real getting your hands dirty in the field of Akeldama type of feeling, whereas spheres of qlipha and hierarchies of spirits spiralling off into ever smaller eddies of complexity can create a sense of abstraction that ultimately leads to disengagement. With that said, though, there’s no denying that when N.A-A.218 does something, they do it well. While considerations of the nightside of the Tree of Life can often be nothing more than a regurgitation of previous writings (usually those of Kenneth Grant), there is a depth and a rigour to the system presented here and N.A-A.218 writes with a unique and distinctive voice. As such, it convinces. While you may not feel like, say, invoking Iatsathel, the fourth emissary of Gamaliel (to burn away all illusory restraints, naturally) each and every day (or ever), it’s hard not to be impressed with the breadth and internal consistency of the system. Adding to this impression is the quality of the writing which never feels like it’s the work of someone with, presumably, English as their second language. Similarly, this and other Ixaxaar works do not suffer from that perennial curse of small press occult publishing: insufficient proofing; with nary a misspelled word or confused homonym in the entire 310 pages. 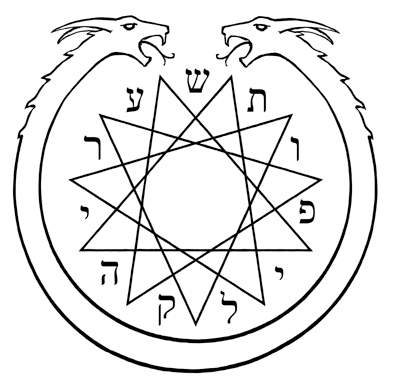 Unlike Liber Falxifer II, there are not a huge amount of practical exercises within The Book of Sitra Achra, with an unspoken assumption being that you will know what to do with the vast systems of daemons, sigils and their attendant correspondences that fill the book. Practical content is left to the end of the book where there’s a ritual for opening the aforementioned gates and a lengthy guide to working with the eleven-pointed hendecagram. The book concludes with a long guide to creating a Qliphothic temple, providing a thorough consideration of each of the ritual tools and including recipes for creating incenses for the gates of Hell and for the various qliphoth.

The design of the Book of Sitra Achra can only be described as stunning, and this is just the regular edition of 777 copies. It is bound in black serpent-scaled leather, embossed with gold sigils and text, while the 310 internal pages are a thick, textured stock that I’ve never seen used for an entire book before. As with all releases from Ixaxaar, the content of the Book of Sitra Achra is typeset beautifully: headings are presented in a classy Blackletter face and the body is a nice clear serif. Similarly, the book’s extensive collection of sigils has been rendered cleanly and consistently throughout. The book is ever so slightly smaller than your standard clothbound occult hardback and is instead closer to 6×9 inches, which, aided by the width of the spine and the feel of the black serpent-scaled leather, makes it lovely to hold. I can well imagine that in the hands of those who fully embrace the system contained within, the book would frequently find itself being similarly embraced. In addition to the now sold out regular edition, there were even more luxurious options: the Black Python Deluxe Limited edition (61 copies), the gilded and slipcased edition (110 copies), and the Serpent’s Sacrifice Talisman edition (11 copies). Good luck acquiring any of those without needing to refinance your home.