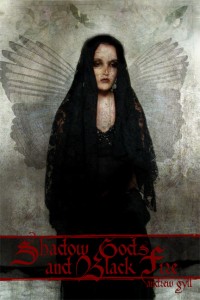 First the disclaimer and a qualifier: I was commissioned to design the cover art for this book and I am credited as the illustrator for the internal imagery too. So, while this could suggest that this may not be the most unbiased of reviews, I choose to use it as a, well, illustration of the virtues of this book. I wasn’t commissioned to make the internal illustrations, but upon receiving the manuscript for review, it was impossible to resist being inspired by the author’s words.

Shadow Gods and Black Fire is a collection of poems by Dorset-based poet, storyteller (and postman), Andrew Gyll, divided into two parts. As Gyll explains, the first half, Shadow Gods and Black Fire¸ is a personal exploration of Norse cosmology and of the Rökkr in particular, while the second part, The Dis, are a series of recollections of a female ancestor of the author.

Gyll’s style of writing is a simple, evocative one that has a remarkable ability, for me at least, to evoke something so familiar and known, as if he’s tapping into my own well of experience. In Magpie Woman, he sees Hela with the colours of the titular bird: She is transition; one black wing, one white, warm flesh, cold bone, describing Her as “life that has withered, the promise of beauty yet to come.” In Helheim, the subject is again Hela, with a meditation on Her as a spirit of compassion, as She who makes whole, because She, as the poem says, “knows the pain of separation and loves you for it.”

At the close of day
A lady waits,
wide are her lands,
fine are her halls.

It was the resonance that Gyll’s poems about Hela had for me that led me to create so many of the accompanying illustration. Like the best devotional literature, Gyll’s poetry provokes a physical as well as emotional response and that he achieves this with such brevity of words adds to the impact of the pieces. There is also a wonderful spirit of pragmatism infusing the work, so rare in the oft-times turgid and earnest realm of devotional and spiritual poetry. In Mordgud, an underworld explorer seems to be on his way into the depths of Hel when, having passed the usual liminal challenges, he encounters the guardian Mordgud and finds he cannot answer her question as to why he is actually venturing into the world of the dead. Pausing and nodding she matter-of-factly ends the poem by telling the explorer “Why don’t you go away and think about it.”

Elsewhere in the Shadow Gods and Black Fire section, Gyll explores both Rökkr and Aesir figures, including Odin, Frigga, Baldur, Surt, Angrboda, Loki and the World Serpent. Some are poetic retellings of contemporary UPG accounts of pivotal moments, such as The Old Queen and The New, which recounts the idea that, as a young girl, Hela replaced an older queen of Hel. Whether one accepts this UPG or not is another matter, but even if you don’t (as I find myself doing), it’s impossible to not be moved by the image of a small limping goddess child slowly moving through the underworld towards Her destiny as queen of the dead:

Every broken step
will I tread
every pain endure

For me, and me alone
the Gates will open

The poems of the second Dis section are much shorter than those in the first, being meditations of small parts of tribal life. As Gyll explains, these seem to be fragments from the life of an ancestor whose people were shamanic, nomadic and herders of reindeer. The voice of these poems is noticeably different from the one that appears in the first half of the book, though once again, Gyll’s sparse use of words (if they are his own) is able to create vivid images in the mind. Perhaps one of the most powerful of these poems is the final one in which the narrator tells of her own death and her encounter with the Hela-like goddess of death:

She knelt and her hair
fell about her shoulders;
I saw that at the end
of each black strand
was a finger’s width
of purest white.

She removed my hand
from its mitten,
held it, simply said –
‘Daughter…’

That is it;
I can say no more. 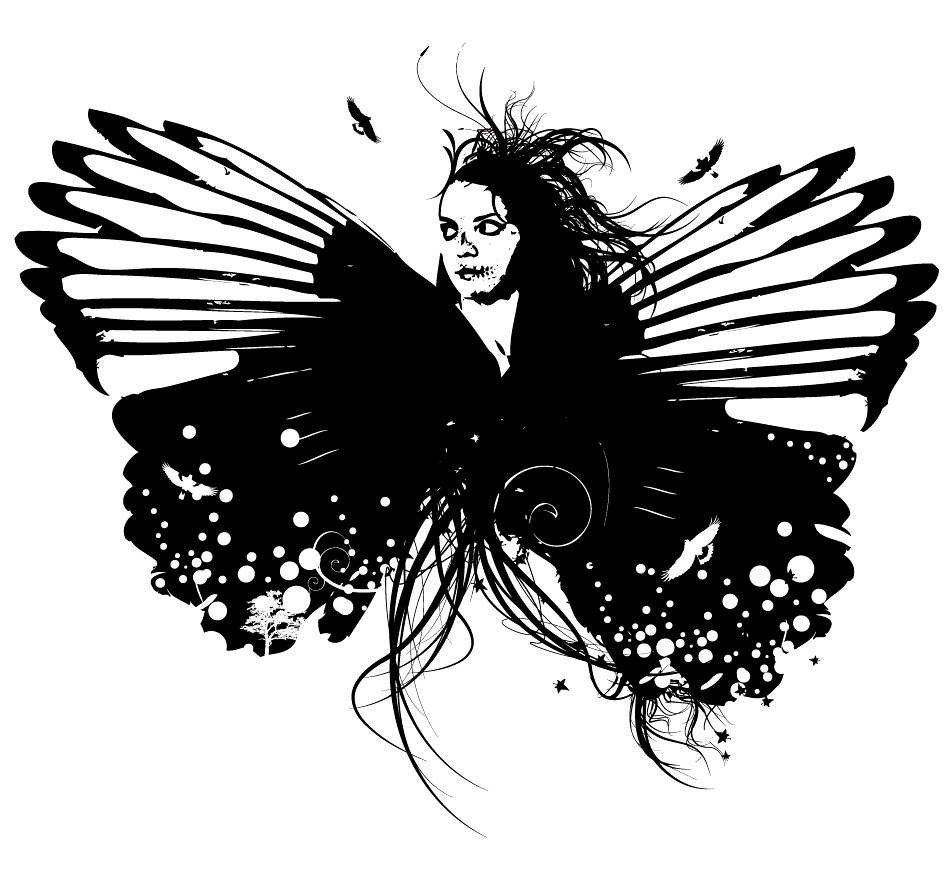